Making a lot of splashing noise, I started watching and photographing a pair of Canada Geese. 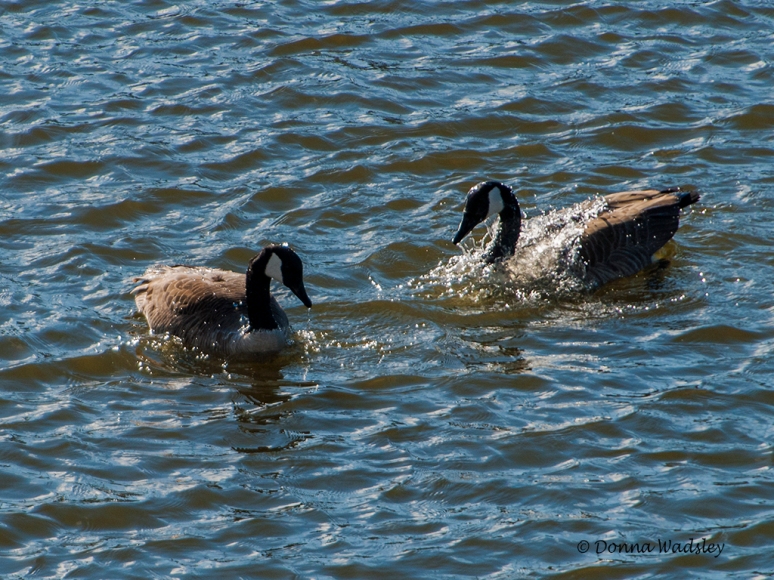 And, sure enough, there was a heated moment.

And just as quick, it was over. 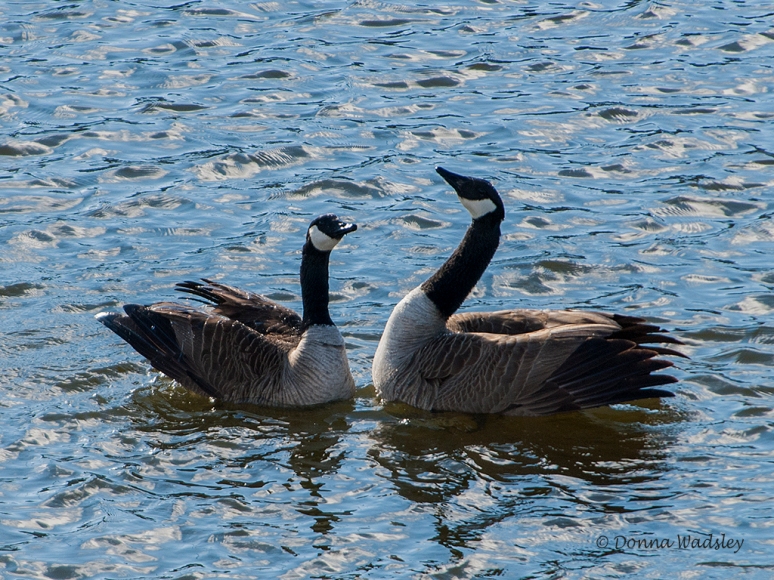 Canada Geese mate for life and remain together year-round.  What a beautiful commitment!