We May Have A Resident Osprey Pair!

Geez, life can really get in the way when your trying to blog regularly!  Sometimes, it was because of good times.  🙂  But I also happen to fall victim to the deadly computer crash.  I was fortunate to be back up and running this past week, thanks with hugs & kisses to my son.  I miraculously didn’t lose a thing but was definitely frantic at the time because it had been five weeks since my last backup….

Note to all – backup as often as possible…..and more!!

Now onto the Osprey.  Can it be??  Lo and behold, it appears we have a pair of Osprey trying to take residence and keep possession of our nest platform.  🙂

With the storms that had barreled through our area weeks ago, I’ve wondered if this pair was totally displaced from a previous home.  For several weeks the pair aggressively brought nesting materials to the platform, only to fall victim to the male Osprey resident on Kent Narrows southend Channel Marker who stole the materials just as fast as he could to take to his plush nest and family.

Here’s the largest start of a nest that I got to photograph.

The sticks and nesting materials come and go regularly as if it’s a stop and shop Home Depot.

The female of the Osprey pair seems to be the primary protector of their new ‘home’, perching on it much more than the male.   I’ve seen the male more times either bring a stick or a fish to eat at the nest, and then leave when finished.  Sometimes he shares his catch with his lady, sometimes he’s a meanie a and mantles over it so she can’t have any.  In turn, she gives him an earful.  Hopefully his manners and maturity improves for his bonding sake!

Here’s a series of recent photos from my balcony.

The male Osprey enjoying a meal while protecting the platform.

The male Osprey taking a stick to the platform. 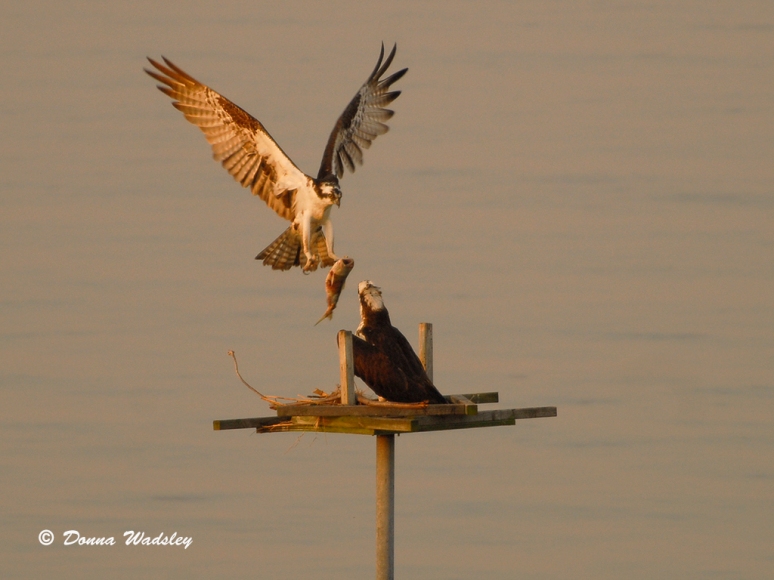 The male Osprey arriving with a daybreak breakfast.

Here’s some flight captures as our new pair and others do a fly-by my balcony. 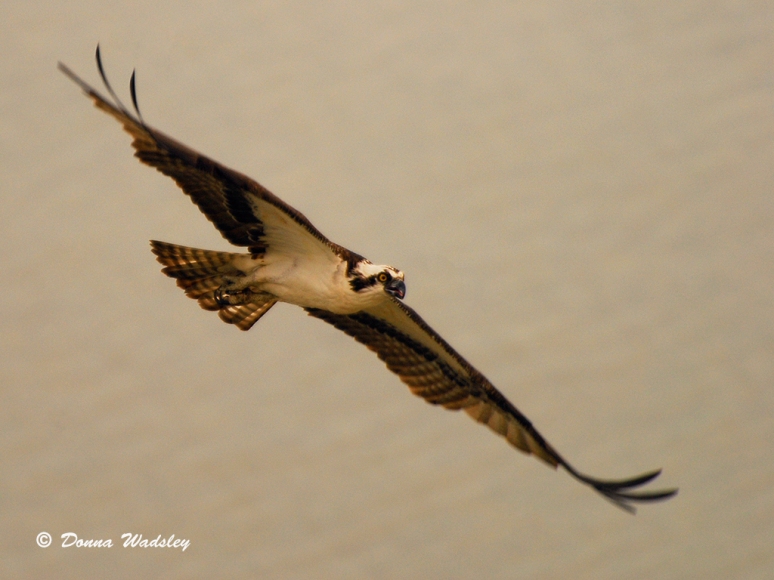 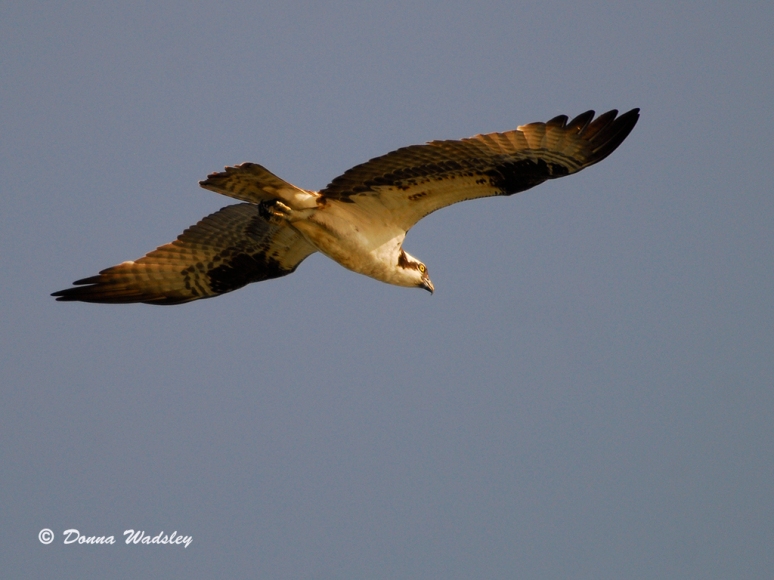 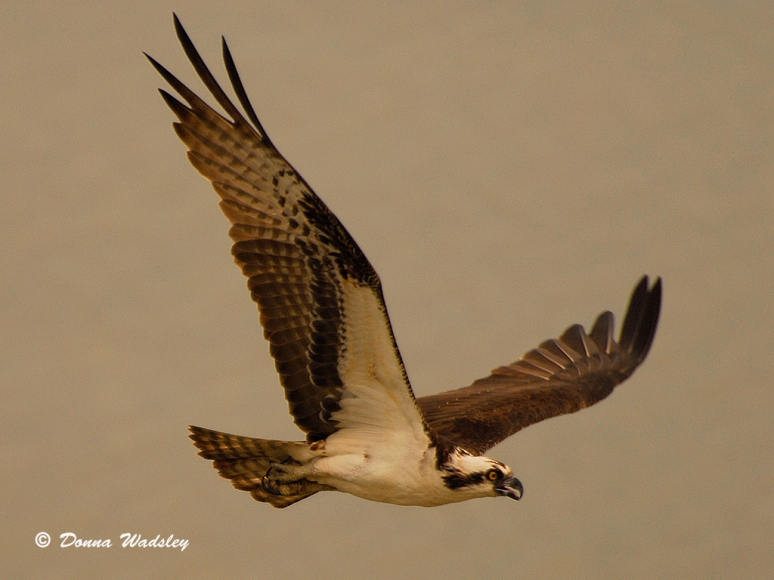 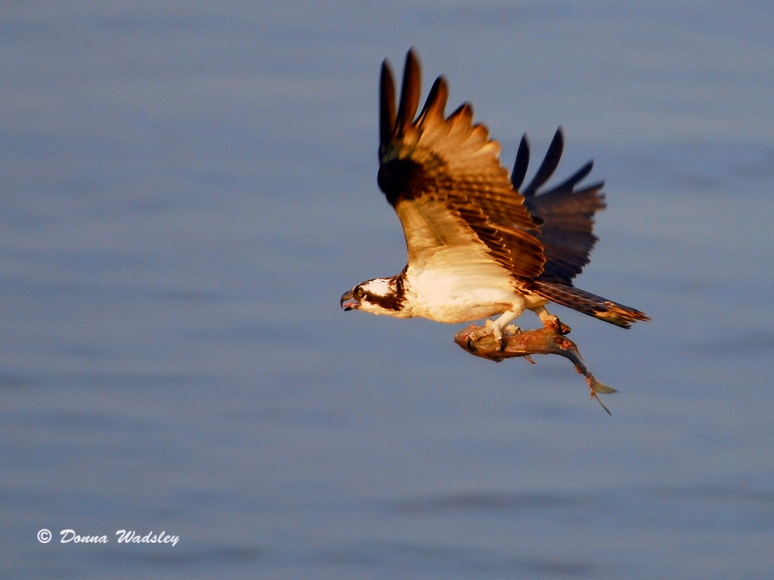 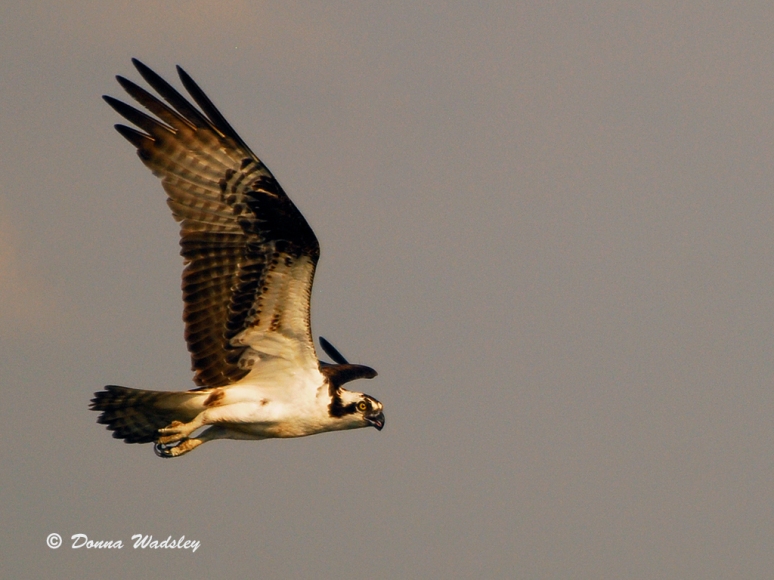 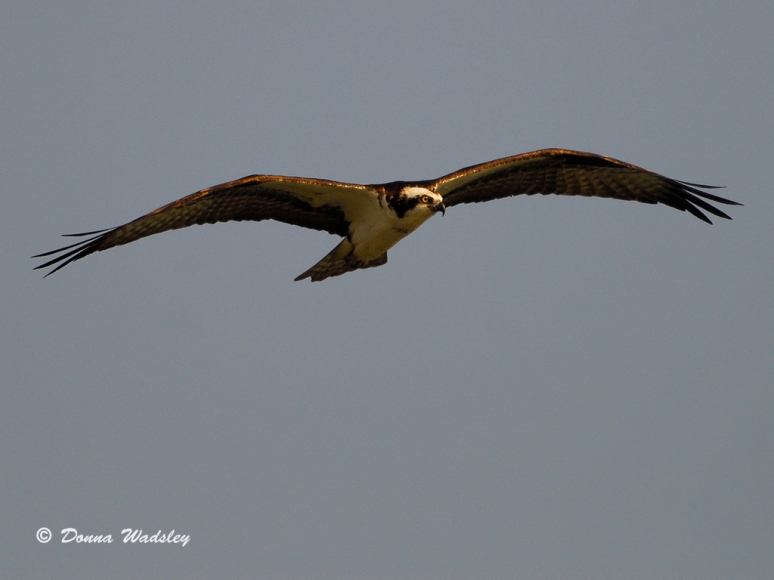 Trying to capture the Osprey defending the nest wasn’t my thing lately, but I did get one nice one.  Our new female Osprey was protecting the platform, screaming at an intruding male (not her partner) circling overhead.  The intruder descended quickly down at her to attack; as she rose up in defense, I captured this next photo.

Our new female Osprey rising to defend the platform against an intruding area male Osprey.

The intruder quickly retreated with our female in hot-pursuit.  She’s one tough Osprey!  Hopefully nature works out and the Osprey pair are able to keep possession of the platform with not so much hassle this season and return next year to start a family.  Our platform is due for a new family!

A quick side-note, I apologize for being AWOL from the many blogs I follow, I have really missed them/you.  My email blog folder is slam full of new posts, I’ll try to catch up with random readings of each blog as I can.  Please forgive on skipping around and maybe not leaving comments until I get caught up!

As always, thanks so much for stopping by my blog, I really appreciate you!

15 thoughts on “We May Have A Resident Osprey Pair!”