After posting the freeze-over photos of Marshy Creek and the southend of the Kent Narrows Channel, I had a few community neighbors ask if I had gotten a chance to see and take photos of whether all of the Kent Narrows Channel had frozen over.  Last year it did and Maryland DNR’s cutter, the A. V. Sandusky, was sent through to break the thick 9″ ice to help take the stress off the surrounding marinas, bulkheads, and watermens’ boats iced in.

Although both ends of the Channel were pretty much frozen over, near the Rt. 18 and Rt. 50 Bridges, centerpoint of the Kent Narrows Channel, the tides’ currents were doing a great job keeping the waters open at the bridges’ bases.  Those pretty swift currents run up to 8-10 mph during its high-end speed.

I got out of the car and took these photos from the Rt. 18 Watermans Bridge the morning of February 20th. 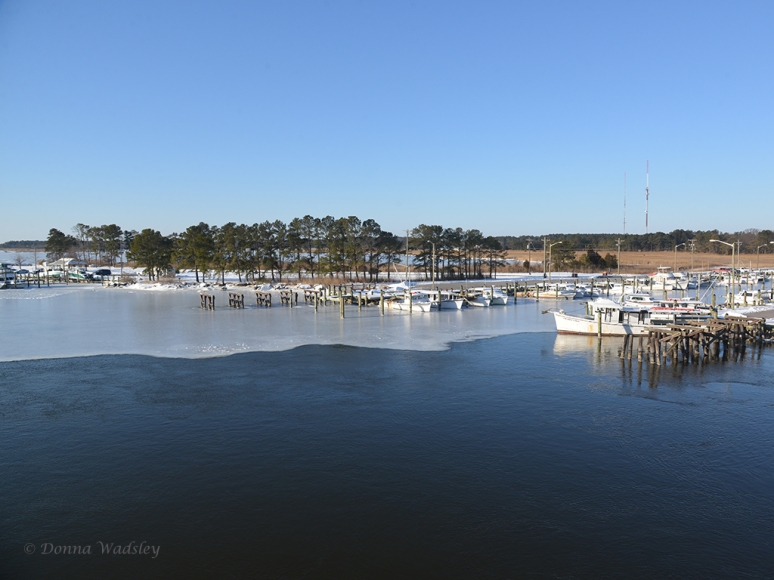 South Side to the right, where the Kent Narrows watermen keep their boats.  Except for the front right corner, from there back into their marina, the waters were frozen over with the boats iced in. 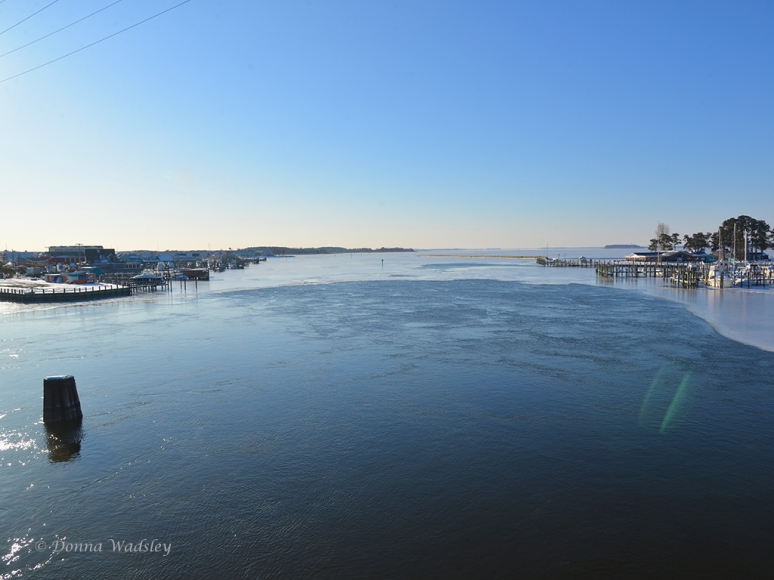 South side, looking directly down to Prospect Bay.  Kent Island Yacht Club is upper right.  Big Owl’s Tiki Bar and Bridges Restaurant in upper left.  Our community is to the back left opposite the jetty strip stretching out to the markers upper center. 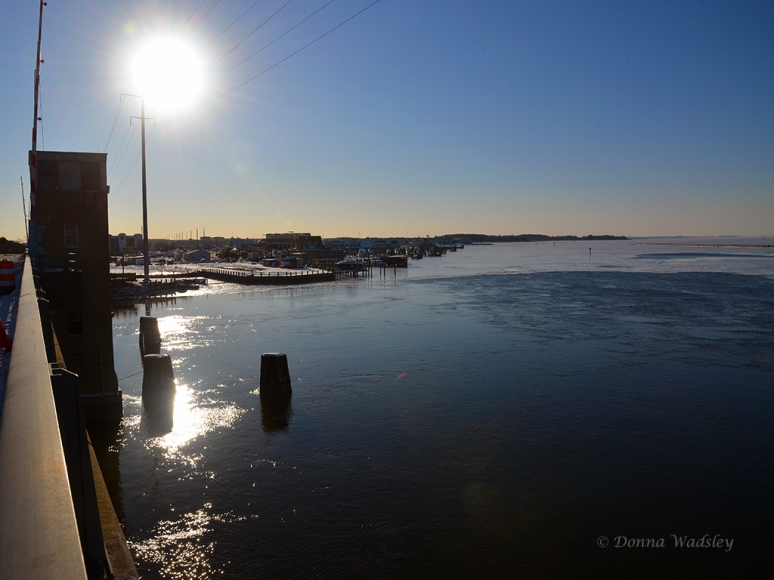 South side, to the left.  Tower is where the bridge operator opens and closes the bridge for tall boat traffic year-round. 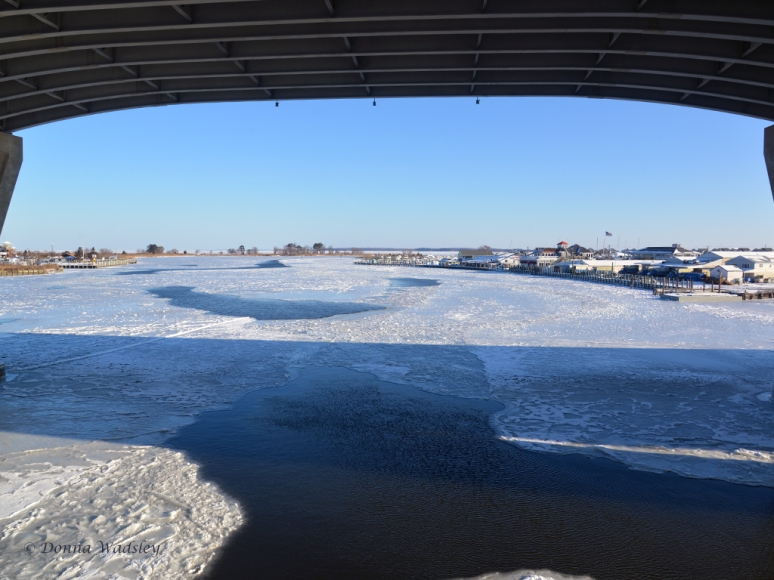 North side with a bit more ice trying to freeze over, to the right is Harris Crab House, Red Eyes Dock Bar, with Mears Point Marina at the upper end and behind the restaurant establishments. 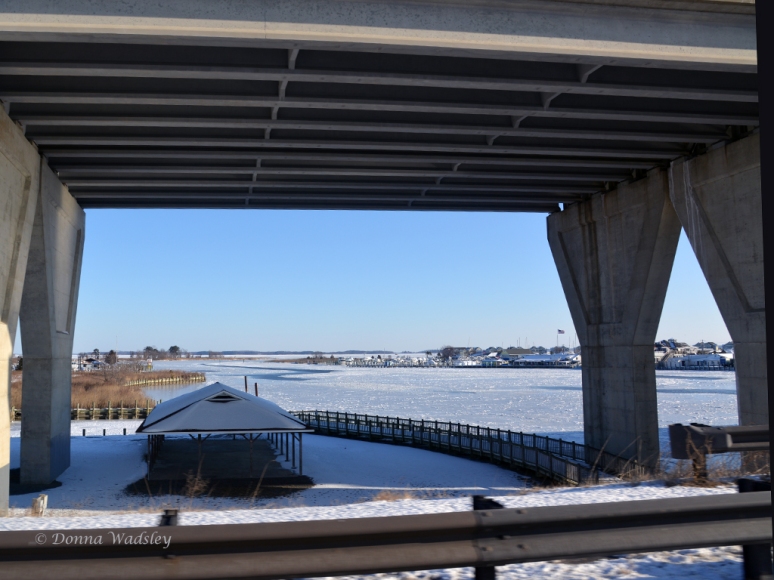 North side, you can see a water channel was still open from the tidal currents. 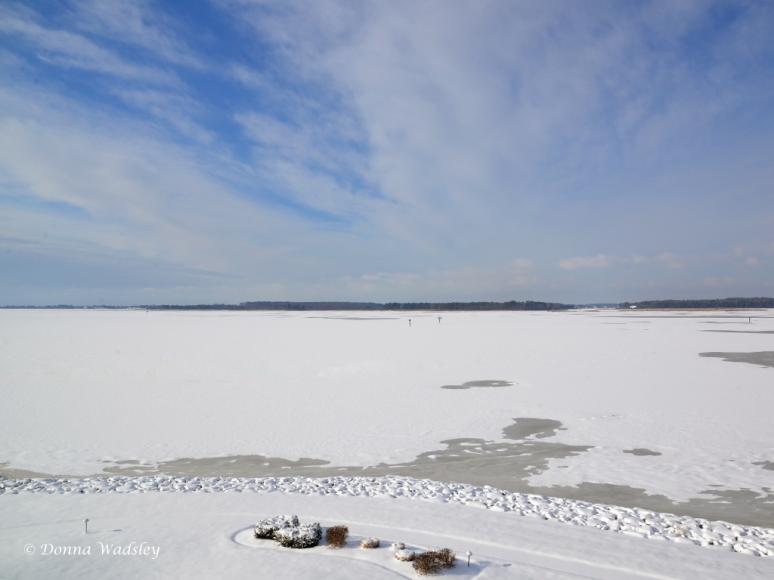 It is still quite amazing to see this amount of freezing through the swift Kent Narrows Channel.  With the low 40’s temps and strong sunshine today, it surely helped melt it some before the next round of frigid temps.  Geez, today it almost felt tropical outside!  LOL  Well maybe not that nice, but still felt so much better to the body.

Since above might be a bit boring for my birder friends, here’s a shot of a Song Sparrow visiting my make-shift bird feeder set out on my balcony during the snow so they had a chance to find something until the snow melts away. 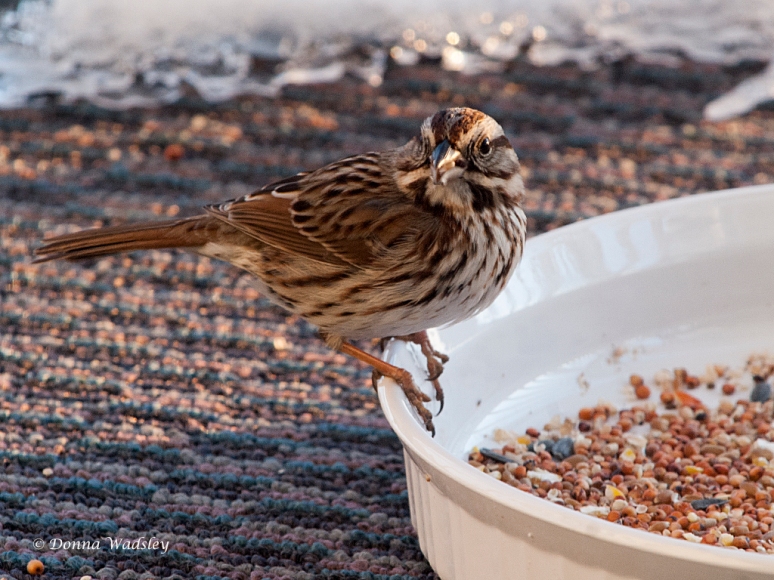 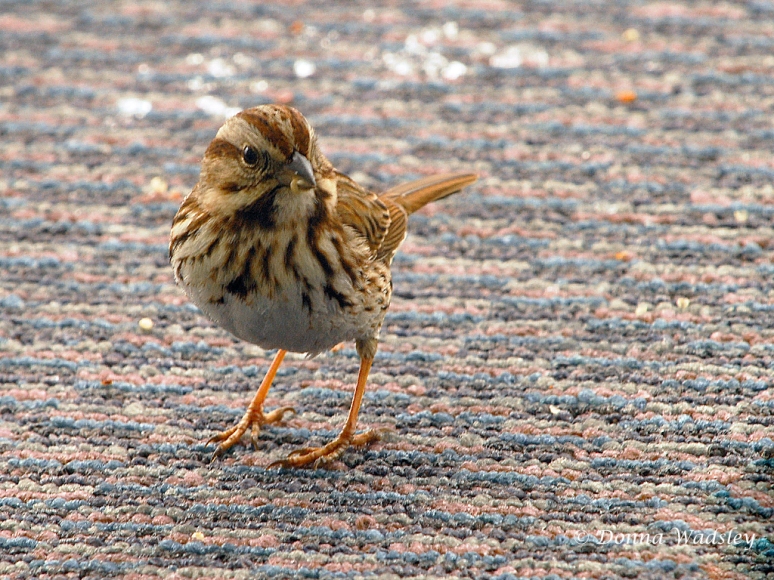 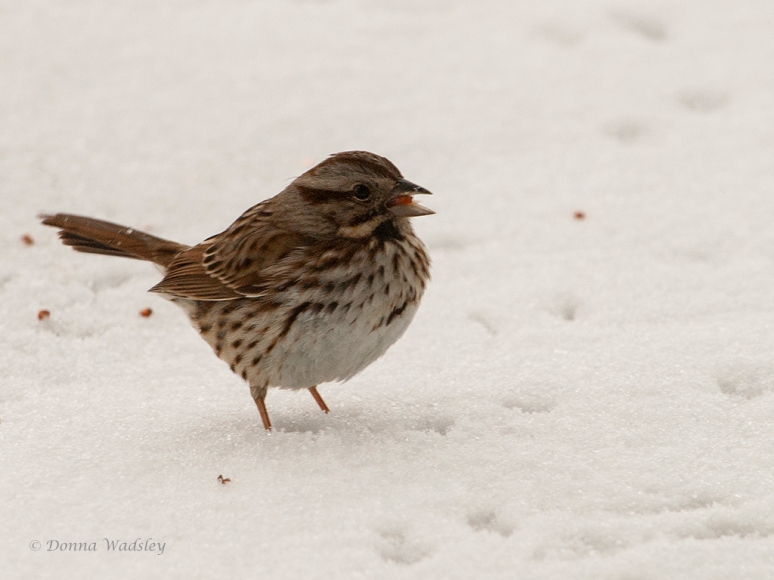 Always shy coming to the plate close to our patio doors, I tossed a few out on the snow still on the balcony.

He has been sharing with couple House Finches and Dark-eyed Juncos.  All seem to be happily enjoying ‘cuz the dish is empty when I return home!  🙂