I had last updated that it appeared there was a loss on the Osprey chick(s) over across Marshy Creek at the CBEC nest platform.  Unfortunately, something did happen as the Osprey couple are no longer active with their nest.  They come and go from it but use it for rest & eating.  They also continue to use our platform for the same reasons, sometimes together. In the meantime, we have Osprey everywhere.  You may not see one flying around at a moment’s notice but it’s certainly not very hard to hear one crying out a warning as boats pass by their nests on the channel markers. Here are a few photos I’ve captured recently from my balcony. 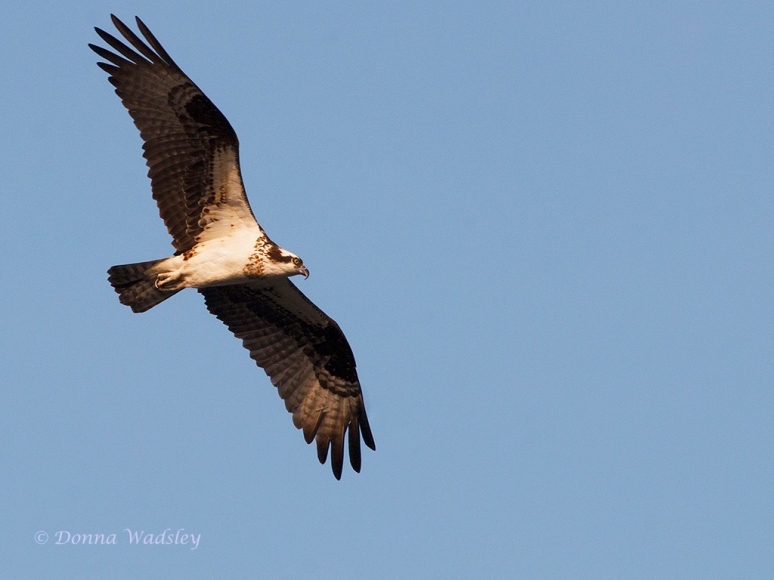 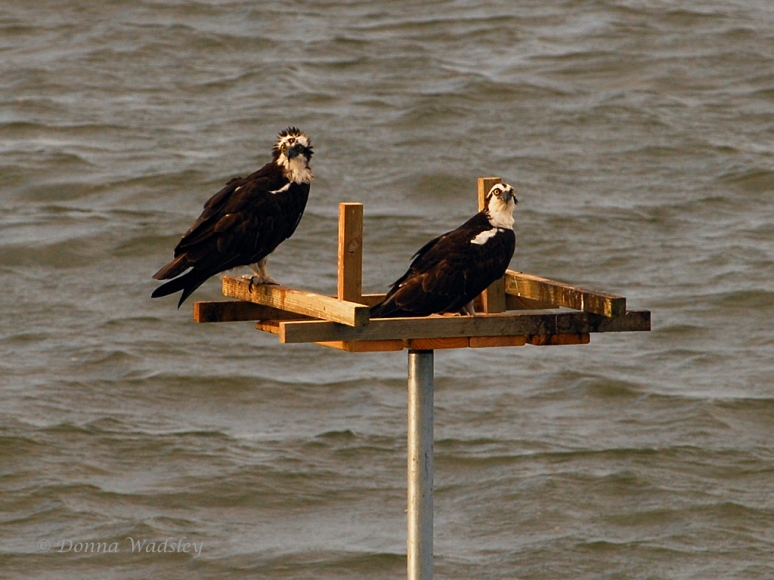 Marshy Creek/CBEC Osprey Couple stopping by our platform for another visit. 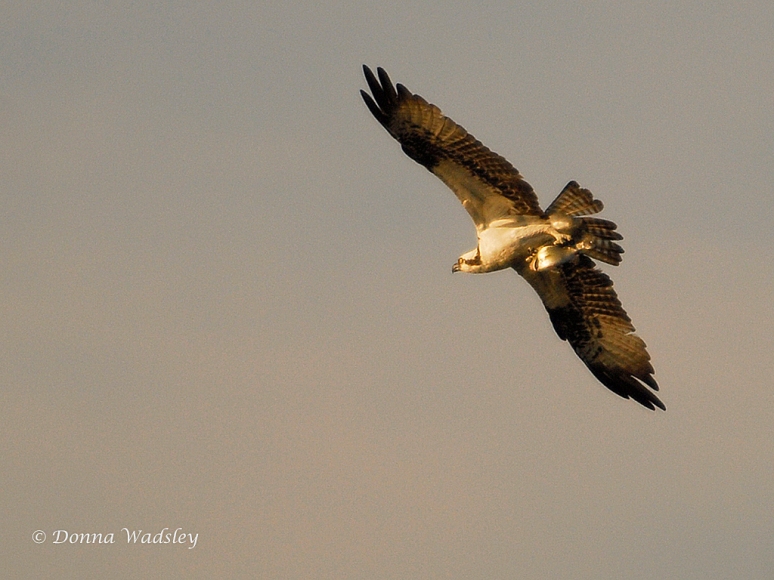 I heard a splash and captured this next Osprey coming up out of the water. 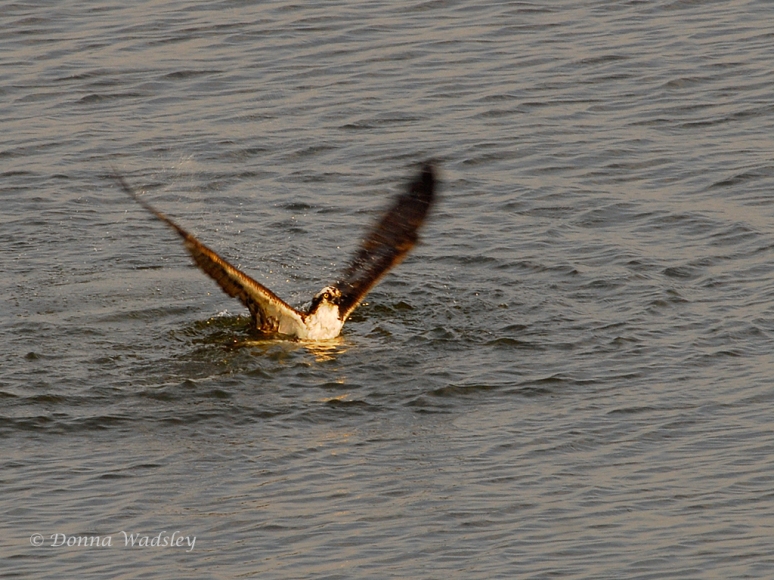 This Male Osprey begins to pull himself up out of the water. 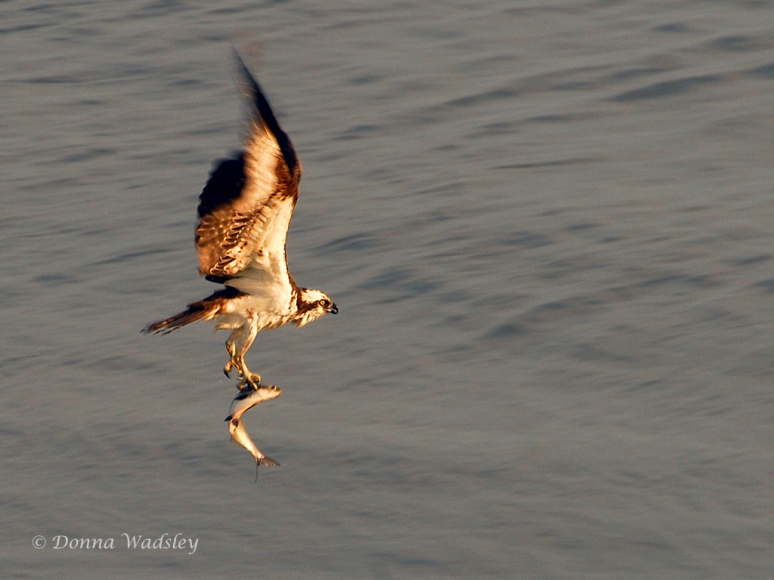 And yep, he scored a fish! 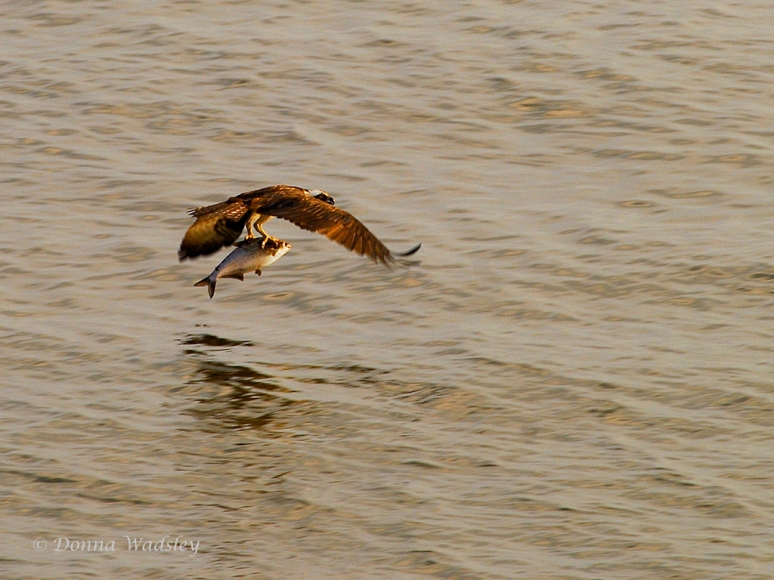 And now off to his family’s nest most likely to feed some very hungry chicks! 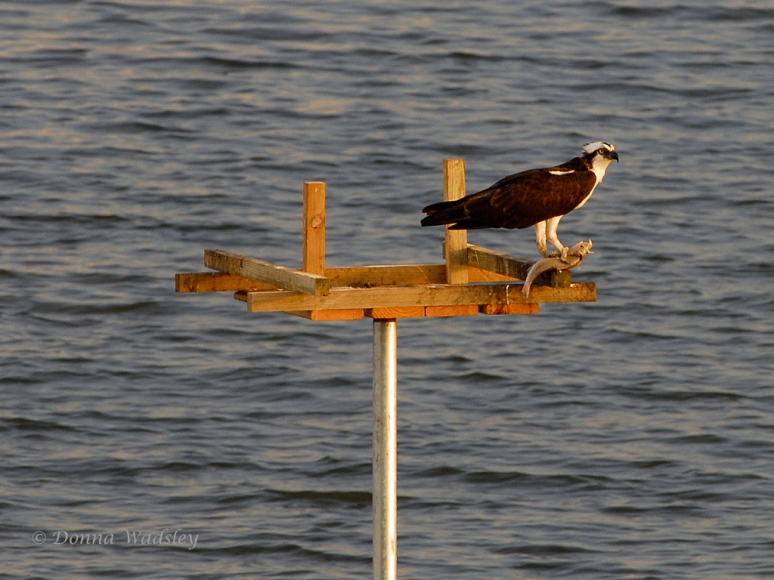 Fish appear to be in abundance for our area Osprey.  🙂 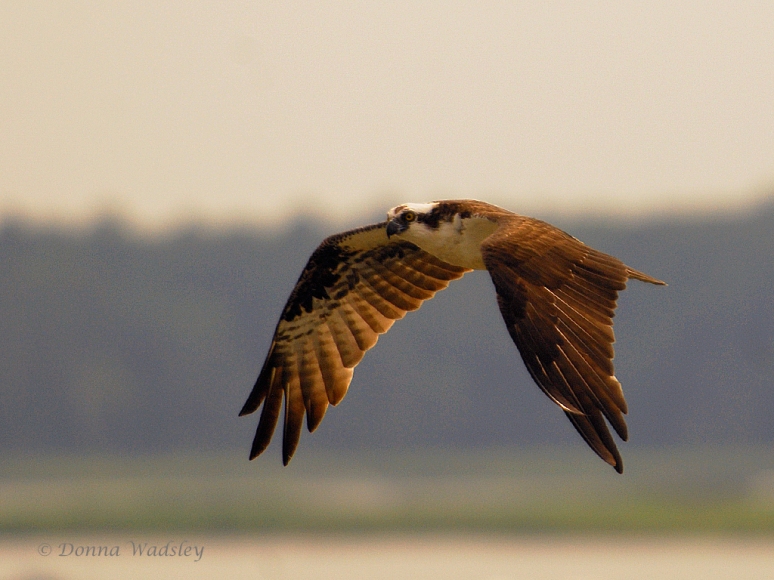 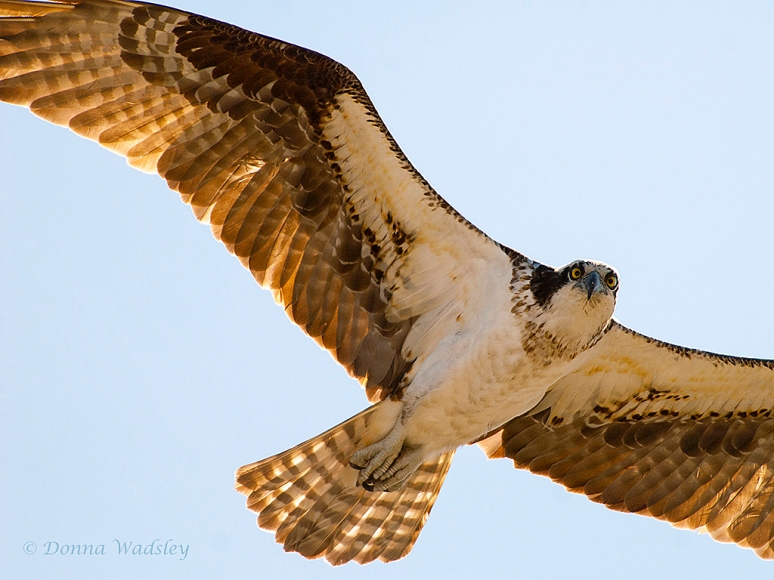 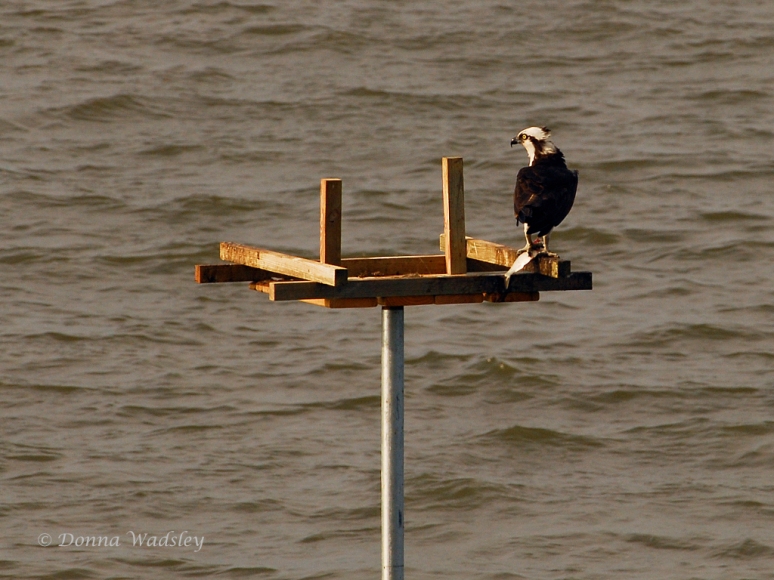 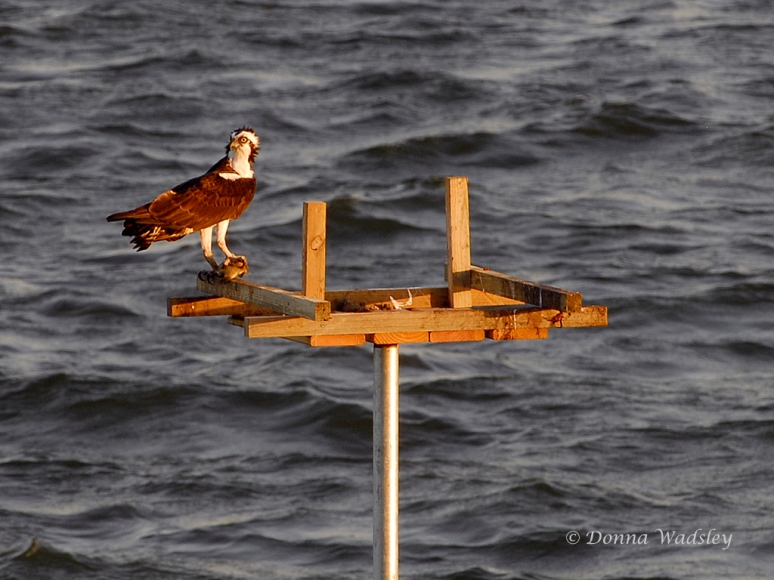 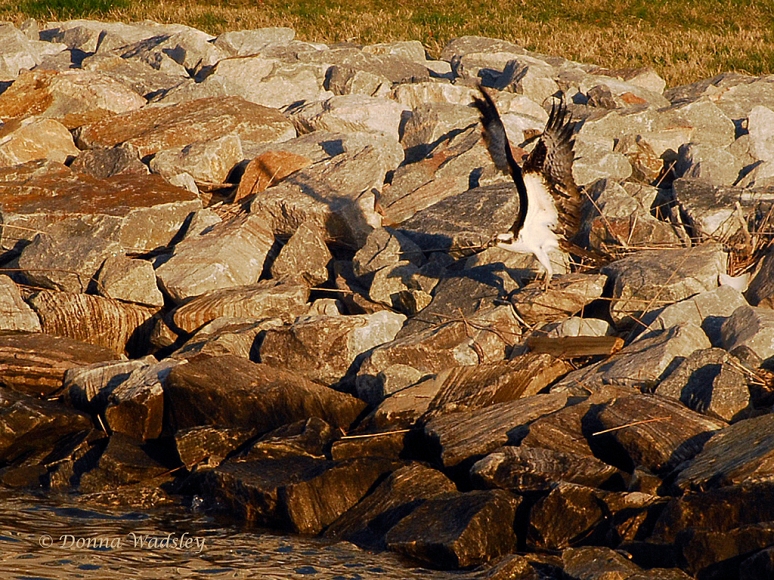 An Osprey snatching some nesting sticks from our bulkhead. 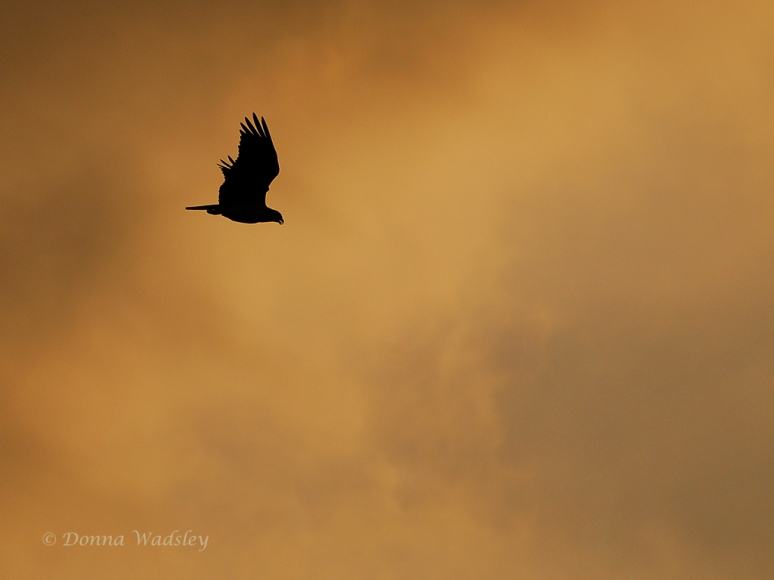 An Osprey flight into the sunset.

Who could blame him with such a gorgeous ending to a beautiful day…. 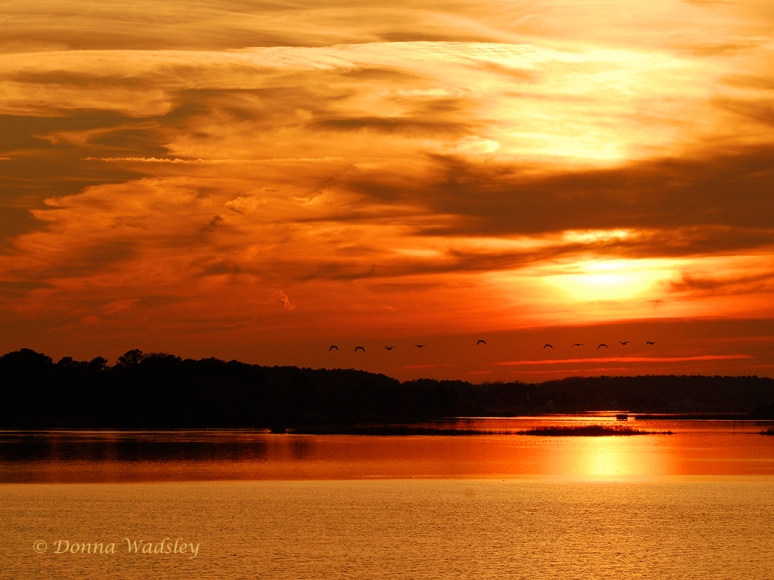 NOTE TO LOCALS:
Check out Kent Island Federation of Arts (KIFA) 19th Annual Photography Show going on now through August 1st.  Categories are:  People Plus, Nature, Black&White/Sepia, Abstract, and General.  This year’s judging is by well-known Delmarva photographer Jay Fleming (www.jayflemingphotography.com).  Judging is based on quality of photograph, originality, composition, and overall presentation.  If you go, see if you spot my entries!  🙂  Good luck to all who entered!