While I was writing my last post Friday evening, we were experiencing high winds, at times gusting WSW in the 40-50 mph range.  Our windows rattled all night long!  Saturday brought sunny skies but the winds with high gusts continued.  One to two-foot waves blew across the Kent Narrows Channel at us from Kent Island.

Flying was difficult for all Saturday.  A flock of Canada geese were struggling, with a small group blown away from the larger group, crossing right over my head.

Even the gulls and eagles were having it a bit rough, but they at least seemed to enjoy it.

For some, it was easier to hang in the water.  There was a raft of canvasbacks beyond our osprey nest struggling to stay together and face into the winds…… 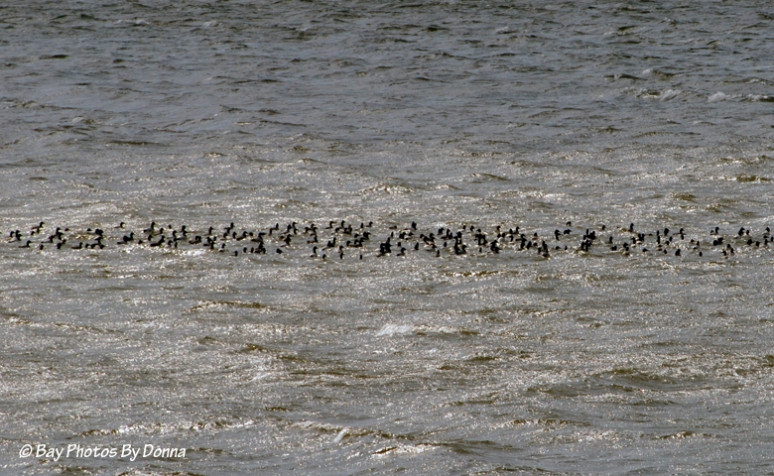 as well as a raft of American coots who had returned from the day before.  They really rode the waves!

By this morning the winds had diminished and gave us a beautiful partly cloudy day.  However, the high winds had caused much of the Chesapeake Bay’s and its tributaries waters to be blown out to sea, resulting in another extreme low tide, up to 3 feet below normal MLW (mean low water) at approximately 2:41 pm.  We had another ‘day at the beach’ at low tide!  This shot is at 4:27 pm, almost two hours later when I had returned home from work.

A few Canadian geese and mallards were enjoying the beach.

In addition, a Great blue heron was busy strutting across the sand, trying to get away from someone out for their own stroll along the walk-way.  He eventually decided it was best to take flight and go over to the point where he could be alone. 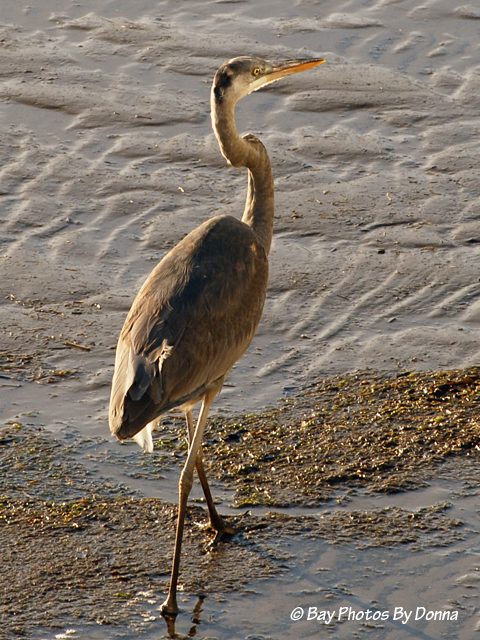 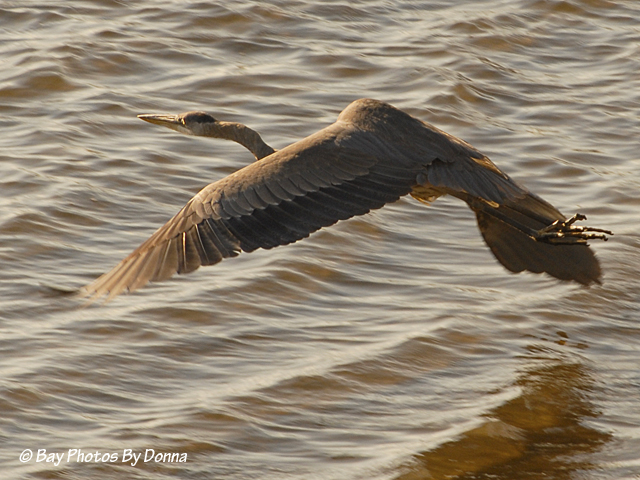 As I had mentioned, I had to work today, so I had been anxious to get out mid-afternoon and return home to see that low tide and to check out another marshy area just around the corner from me behind the Holiday Inn.  Friday afternoon I had sighted a few tundra swans there but wasn’t able to stop to grab some shots.  Today, I could see them again along with some geese and got hubby to stop.  🙂  It was so worth it!!

As we pulled up at the end Holiday Inn’s parking lot, there were already three photographers set up with tripods, cameras, and binoculars!  As I walked up with my camera, they were busy chatting and immediately started telling me their excitement, an Eurasian Wigeon was among the group of waterfowl, a rare sighting for our area.  Here are my shots of him and the other species that were together.  I sure wish I had my tripod with me today for a steadier hand…. 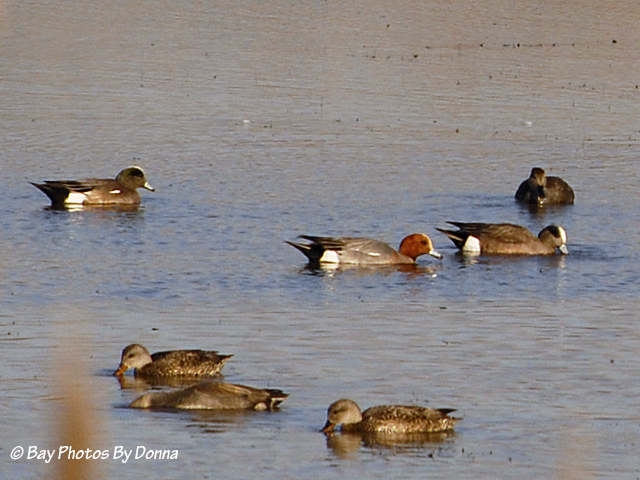 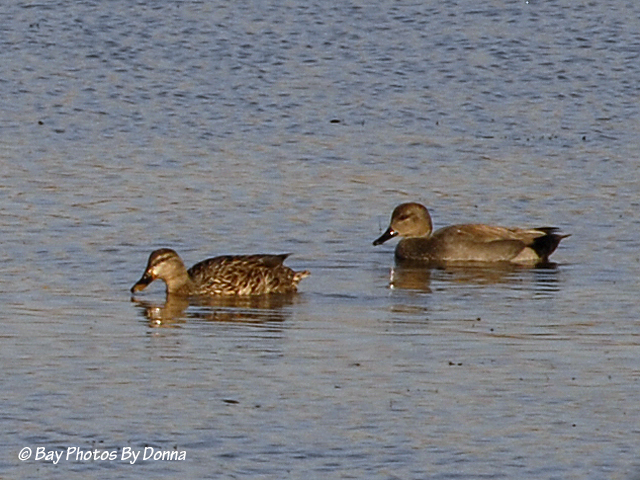 The large tundra swan and Canadian geese were very cordial with each other and the other species, as they all fed on the bottom.  All of us photographers were well back behind tall marshy grass and they seemed oblivious to us. 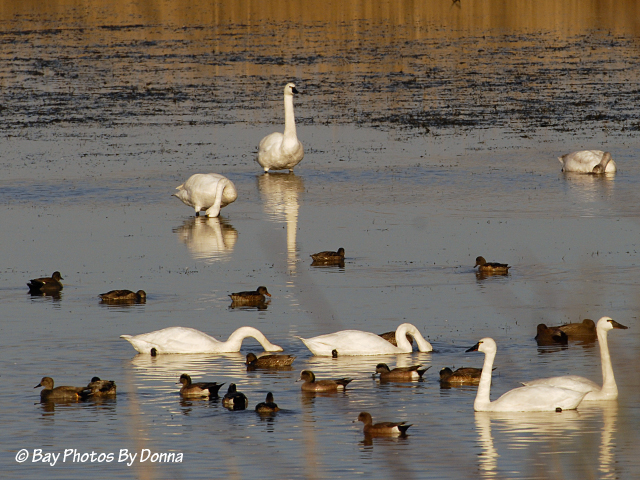 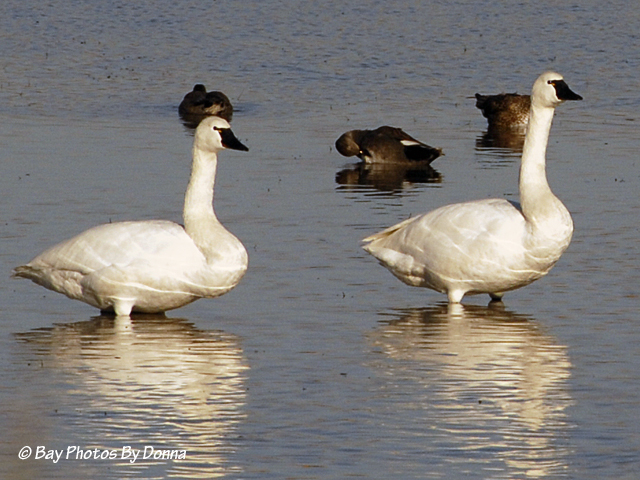 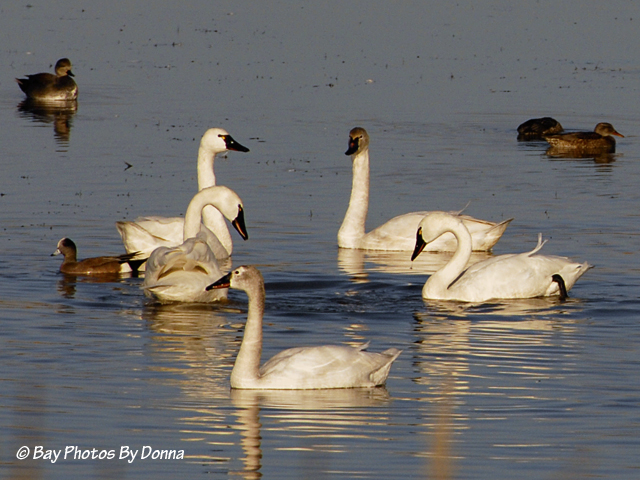 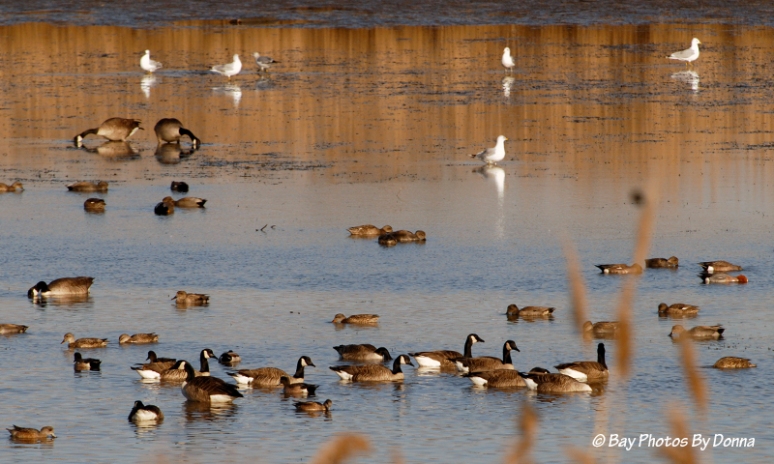 I couldn’t have had any nicer set-ups to a wonderful two days of photo ops when I had such limited time this weekend.  What they say is true, it is being at the right place at the right time.  Thanks for stopping by and allowing me to share my photos with you!