As I try and make my way through all the photos I’ve taken in last couple weeks of other local birds while keeping up with our osprey, I’ve found it more overwhelming than ever, LOL!!  😉  Having added my daily morning and evening ten-minute loop around the marina when I can afford the extra minutes has proven to be a substantial plus to my photo ops.  Too many action shots or cute ones of different species, so I’m working on posting one/two species a time, then proceed to the next post.  Otherwise, I’ll never catch up!  🙂

I’m going to start with the Red-Winged Blackbird who is everywhere locally.  You can’t help but see one flash his red/yellow epaulets while he dances and struts and calls out for a willing mate to come do the cha-cha with him!

I photographed this first one from my balcony one evening.  He was struttin’ his stuff and singing his song for anyone who would watch and listen.  No other Red-Winged Blackbirds showed up so I became his audience which I really did enjoy!

One morning when I looped the marina/tennis court, another one was doing the same thing.   He was struttin’ along the parking lot curb coming towards me where I had parked to photograph a mockingbird.  I turned to him and started a series of shots as he continued to walk the length of the curb and sing loudly. 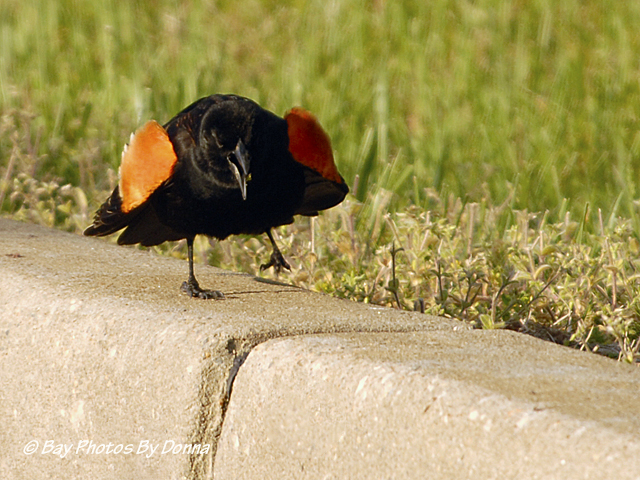 He’d stop and look around for a few seconds, and then continue on towards me and where the mockingbird had been perched.  With my car angle, I felt he really didn’t see me.  Maybe he was upset with the mockingbird in his territory? 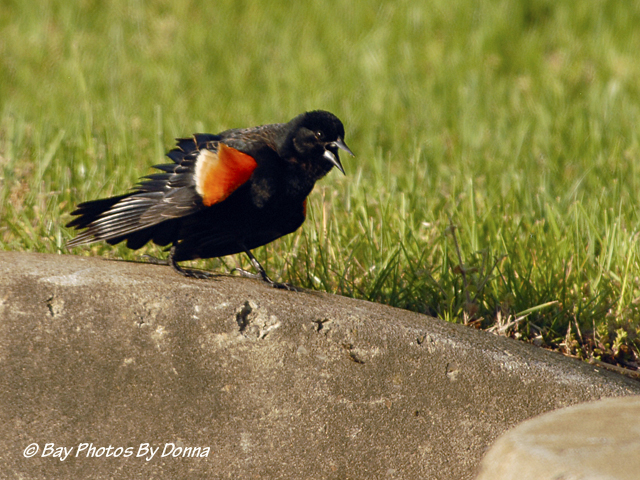 Or maybe he did see me?

"So lady, I'm trying to work my strip, can you move along?"

And then I get the cold-shoulder??

And then he started back up again!

I got to tell you, that little bird started to intimidate me!  LOL  My series of 50+ shots were done in less than three minutes.  So I told Mr. RWB, all right all right, I’m leaving!  And then I thanked him for his time and moved on.  As I pulled away, he continued on down that curb past where I was parked doing his thing!  I reckon it was his ‘strip’!

Back on my balcony, I’ve been working on trying to get the Red-Wings in flight.  They love to fly around the base of the osprey nest, in and out of the plants, stopping on occasion to perch and sing and flaunt.   As with any bird in flight, it can be quite difficult and can take many MANY shots to get just one semi-good one.  I did say many, right?!!  LOL  So here’s what few I thought weren’t too bad to share…..from the many I took! 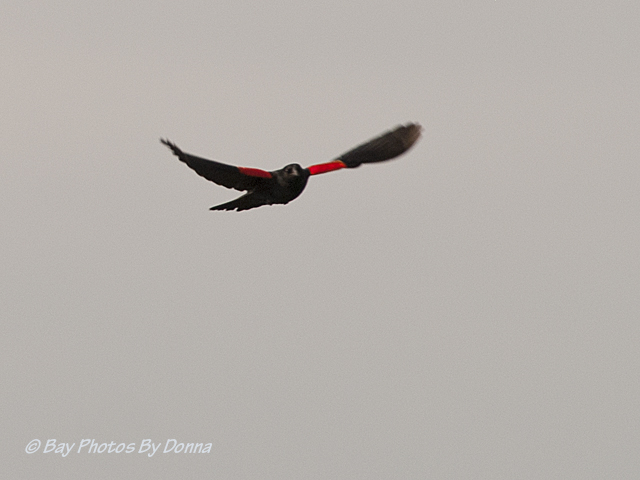 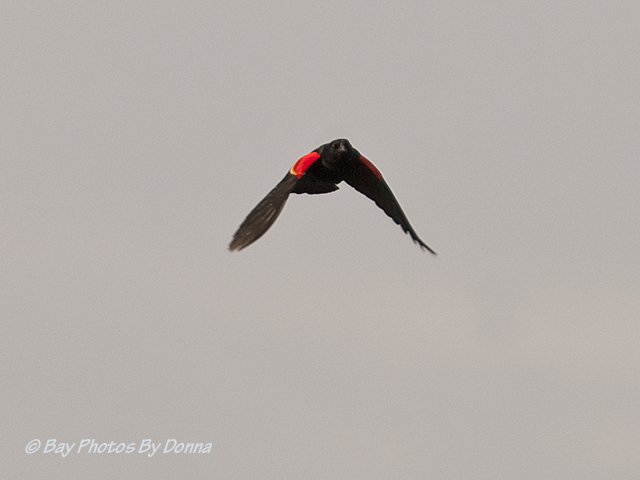 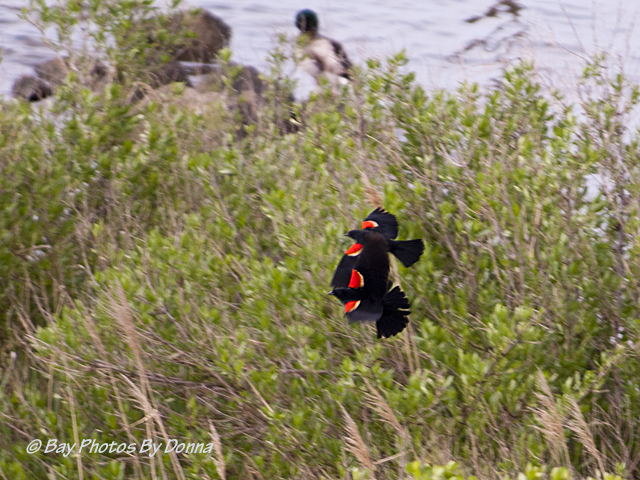 Well, that’s my best of my recent Red-Wings!  I hope you enjoyed them, especially the curb-strutter, he certainly had me laughing while I photographed him….until I wondered what his motive was as he closed in on me!   Can you imagine him flying in at me in my car?   He and I both would have awaken our community that morning for sure!  🙂

Hope your week is going well, and as always, thank you for stopping by!