I’ve been watching and photographing the killdeer residing in Oyster Cove.  A month ago I was finding them relaxing or running around in the parking lot around the pool, being very cordial when I drove by.  No playing dead or injured, but definitely keeping that beautiful eye on me.  I was able to sit still in the car and take numerous photos, here’s a couple. 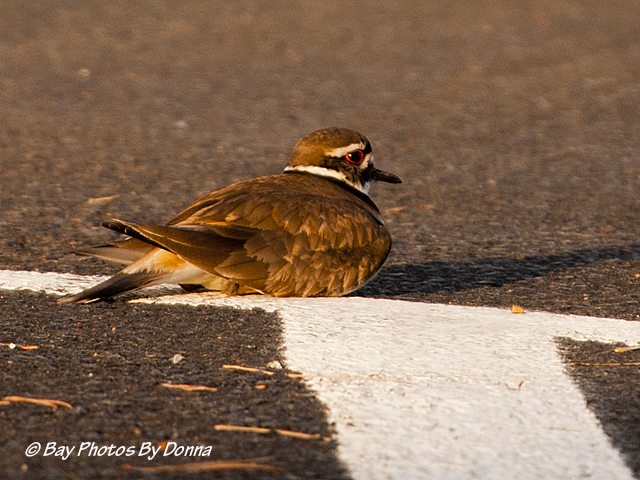 Killdeer – with an itch!

The two killdeer I was photographing were enjoying the early morning sunrise it seemed.  Then along came a third larger killdeer who flew into the parking lot area, causing the other two to run quickly to get close together.  I assumed I was going to see a territorial ruckus but that wasn’t the case.  The third killdeer boldly ran over to the other two who were watching him and proceeded to mate with one (who allowed it!) while the other one just stood there and watched.  This behavior was surely confusing to me, and it looked like to the by-stander killdeer too! 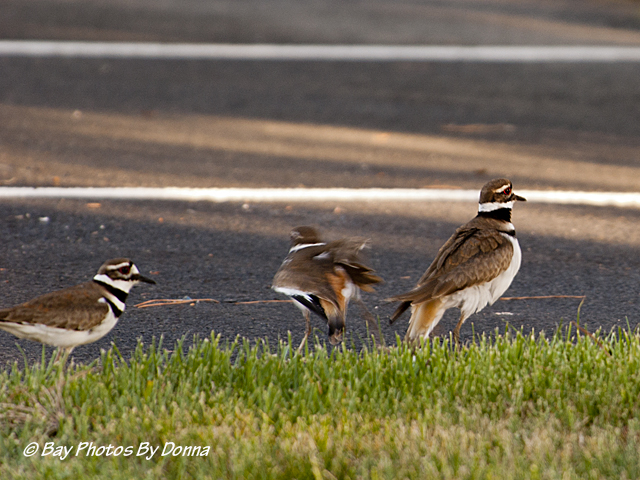 The deed is done

What transpired after that was just as confusing.  The intruder killdeer quickly ran over to the grass while the other two got back together close, and sort of chased after him, with the female who mated with him screaming her head off at him. 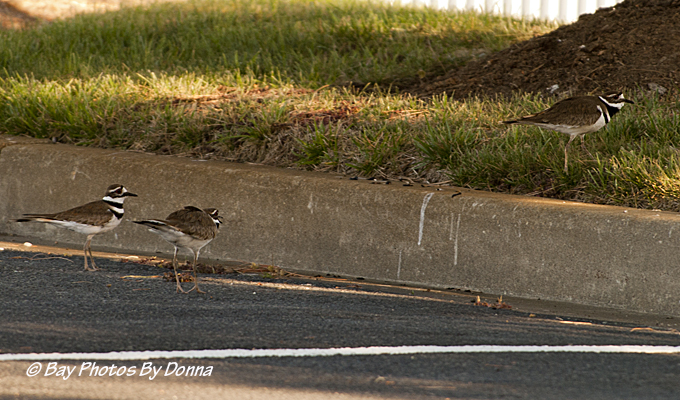 Killdeers not too happy with the one on the grass

The original two killdeer then flew off together leaving the third one just standing there.  I then left him too.  Since then I often would see one here and there early mornings and late evenings running around, but always just one.  Then one morning a little over a week ago I found a killdeer closer to our community’s entrance by the fountain pond, but no longer cordial with anyone!  Lots of faking injury and flying to another close spot, just trying his best to get my attention elsewhere.  My mind was thinking……hmmmmm babies maybe?

I first spotted the family May 20th, running around between our fountain pond along the property fence and along Lippincott’s Marina entrance drive on the other side of the fence.  They are absolutely adorable!! 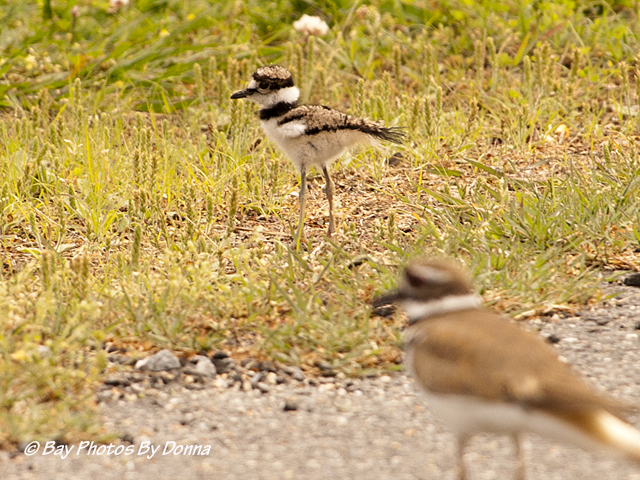 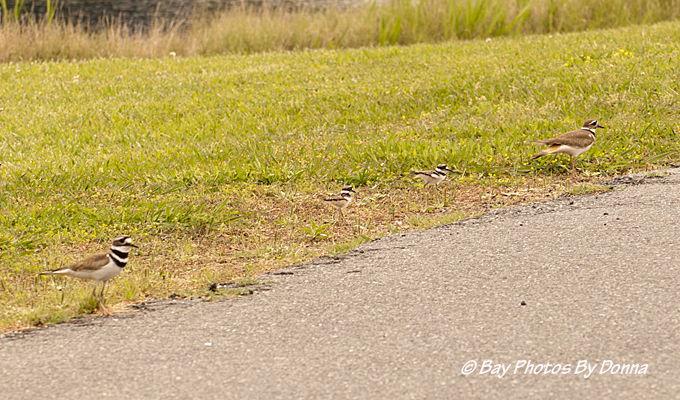 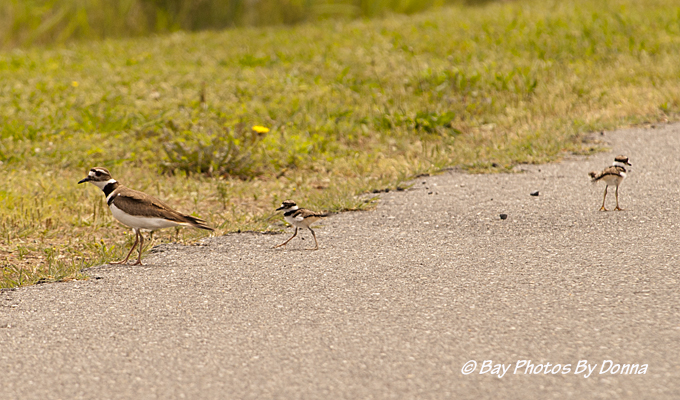 I’ve been watching them since when they are out and about, but have kept my distance as Dr. & Mrs. Killdeer have become quite fiesty and protective as they should be.  Here’s a few more shots of them in their protective stance from the last few days.  The chicks were not in sight. 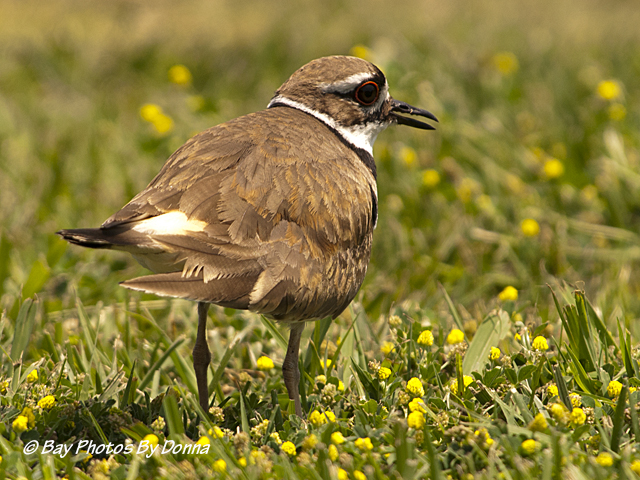 Dr. Killdeer giving me a piece of his mind!

Dr. Killdeer – Smiling because I told him I was leaving!

For those in the community, be careful driving in and out that you don’t run over a little one!  Thank you!

And thank you all for stopping by, I appreciate you!