Yes, today was a great bird op day without trying!  To have a few of my favorites all in one day was absolutely fantastic!  The 90-100 degree weather finally broke, for a couple days at least, with today’s temperatures in the low-mid 80’s.  The blue in the skies and water was brighter without that heavy heat haze.  And both this morning and this evening, the birds were in abundance, taking advantage of the cooler weather.

This morning at sunrise, I enjoyed watching and photographing two osprey flying around our platform.  I couldn’t tell for sure if they were ‘together’ or from different other pairs, but it seemed they were playing with who had platform possession.  One would land, the other would try but the first wouldn’t let him, then the second would make the first leave, and on and on.  I’ve seen this happen two other mornings in last couple weeks and have been wondering if we finally have a new pair of osprey who might be checking out our platform as a future home.  Time will tell, but in the meantime here’s my favorites from this morning.

The osprey caused me to be late to work!  🙂   As I made my way home late this afternoon, I passed Walmart Pond and found Canada Geese enjoying a restful moment.  Being so late in the season to see so many together in our area, I stopped for a couple shots.  Even at a distance, they were leery of me.  I quickly finished and left.

I was thrilled to see the geese, I thought about how neat and unusual it was as I made my way home.  I got home and took a quick glance from my balcony…..a Great Blue Heron was along our berm.  Splendid! 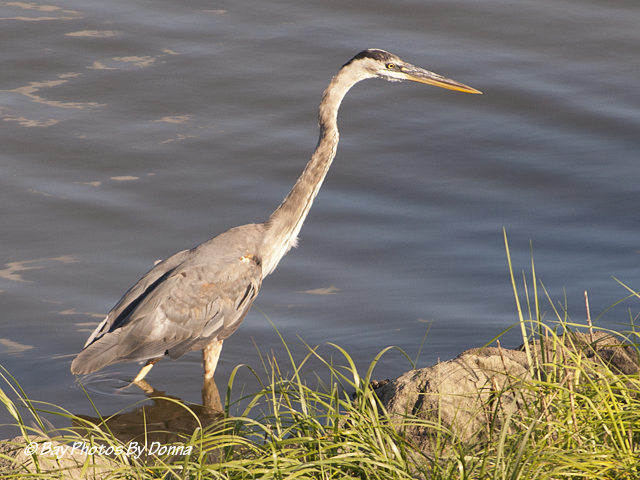 The Great Blue Heron stayed for only a couple minutes before taking flight.  As I photographed his/her departure, I was thinking, darn, I should have been home a little sooner!  I had to stop for those geese!  🙂 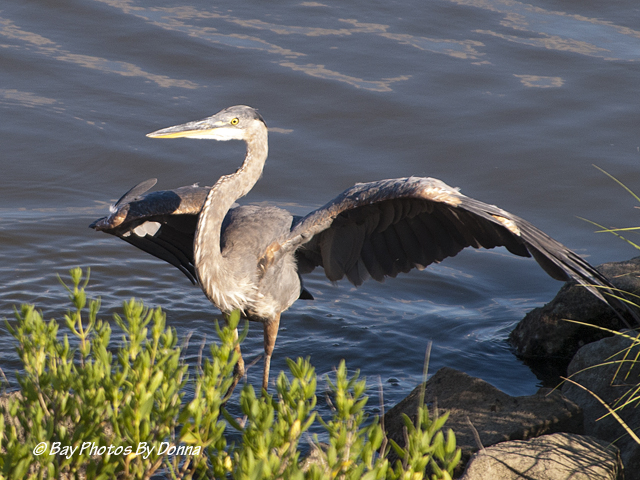 And then he/she calmed down and  stretched that long neck and body in protective stance as a couple community walkers passed on by. 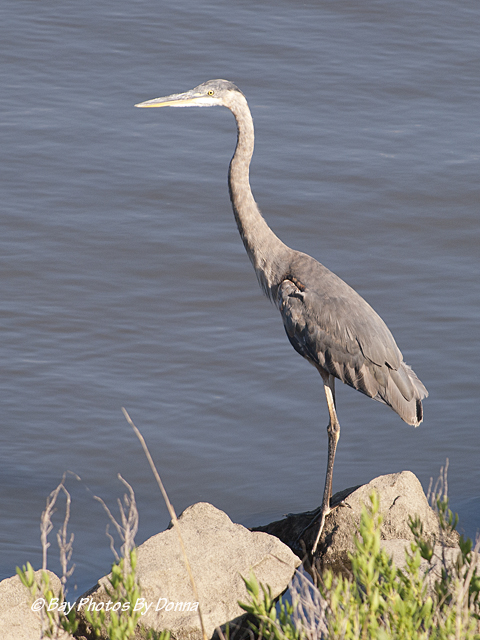 As he kept still, thinking no one could see him, lol, I had also been photographing a Green Heron a little further away, also on the berm.

Another pair of walkers came by.  This time the Great Blue Heron decided it was time to take flight as well and away he went.  This alarmed the Green Heron who took off too.

I retreated inside, thinking how lucky to see both herons tonight!  I couldn’t wait to download my photos.  But dishes first, some cleaning up.  An hour later I was ready to pop out my memory card and download today’s photos but first thought I’d quickly step out on my balcony.  Just in case.  Woohoo!  I found a Great Blue Heron on the berm again.  I took a couple shots and then prepared to capture his take-off as a couple more walkers were about to pass by him (it was an awesome night for a walk around the water!).  Here’s a GBH in step by step launch!

Head and shoulders down….

It takes a lot of strength to get the big body in the air!

And then he was gone.  Flying in to replace him, a Green Heron.  🙂   With the sun setting, he was in the shade of the marshy grasses. 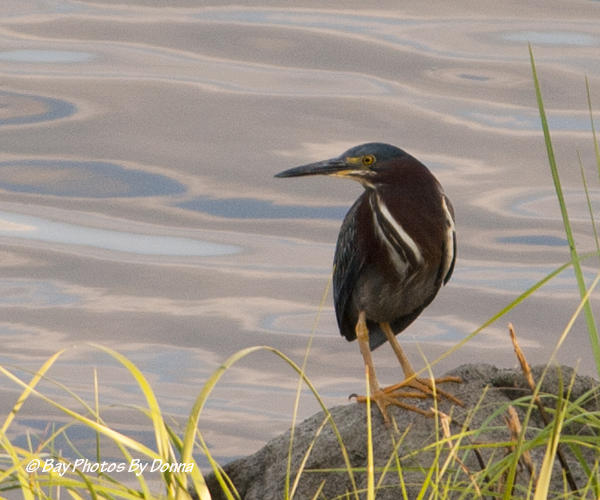 Green Heron – in the shade

And then he began his ‘jumping’ from rock to rock, and made his way into the sunlight….for me!  Right??!!

As I completed his photos, an osprey flew by and I captured him with some cloud action as he soared towards the sunset.

As always, I hope you enjoyed and thanks for stopping by!

31 thoughts on “A Great Bird Op Day Without Trying”