If you’ve been following my posts on our community’s osprey nest platform and the possible residency of a pair of Osprey, that pair has stopped altogether in trying to build a new nest this season due to another Osprey pair who have been stealing from our platform the sticks that our pair has been laying.  They still reside mostly on Lippincott’s channel marker but do visit our platform for a perch or to chase away another Osprey thinking of resting there.  So they seem to think they still own it.  Maybe next year they both will return and give it their all in total control of their nest building, and our community will have an Osprey family to celebrate and enjoy!

Not to fret, our area off the Chesapeake Bay is absolutely abundant with Osprey.  You cannot go around the water and not see one.  The male Ospreys are fishing not for themselves now but for their families too, plus they are try to keep their nests built up to keep the young chicks from falling out.  It’s the male’s busiest time to say the least!  And in another month, all of those chicks will be in the air as well.  🙂

We are boaters and that gives me even more opportunities to photograph birds that love being around the water.  Unfortunately, we’ve only gotten out a few times this season, but the ops were awesome as always!  With so many photos on several bird varieties, I’ve decided to devote this post entirely to the Osprey, my fave.  I took SO many Osprey photos, it was crazy.  On a trip up the Miles River and around the Wye River, I stopped counting Osprey nests at 57, it got monotonous if you can believe that!

Ospreys in our area for the most part are quite tolerate of humans.  You can slowly pass by them on their nests and they just curiously look at you; of course, I wouldn’t doubt they’d attack if you got right up to their nest of babies.

In addition to some close-ups and flight shots, I’ve included photos to show some of their nesting habitats.  Now onto one of my Osprey overloads!  😉 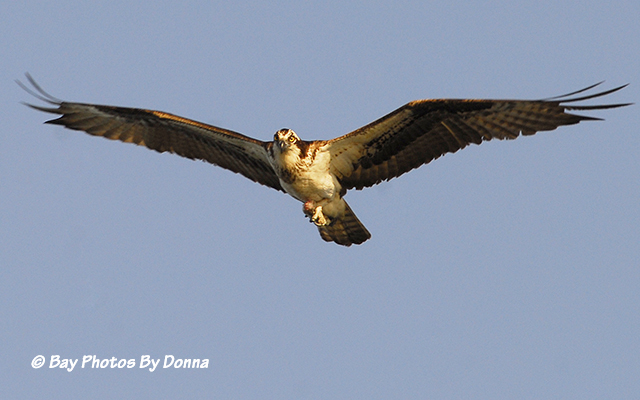 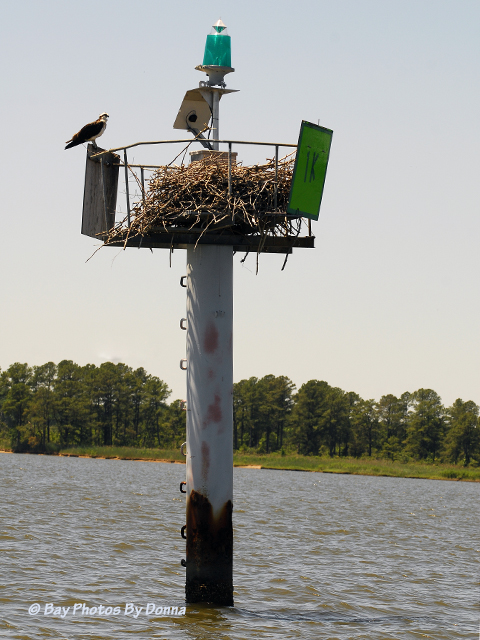 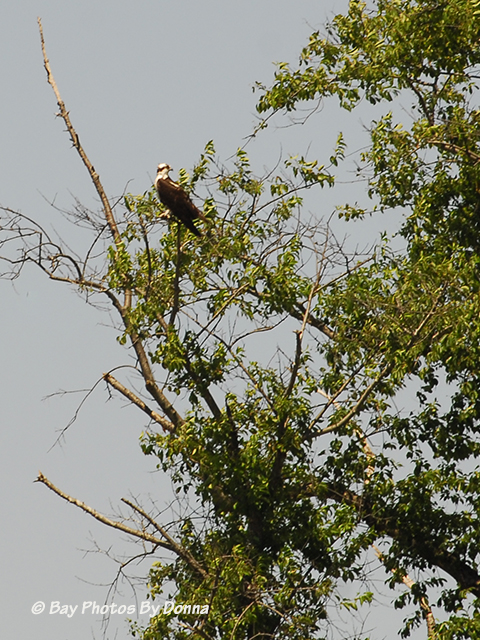 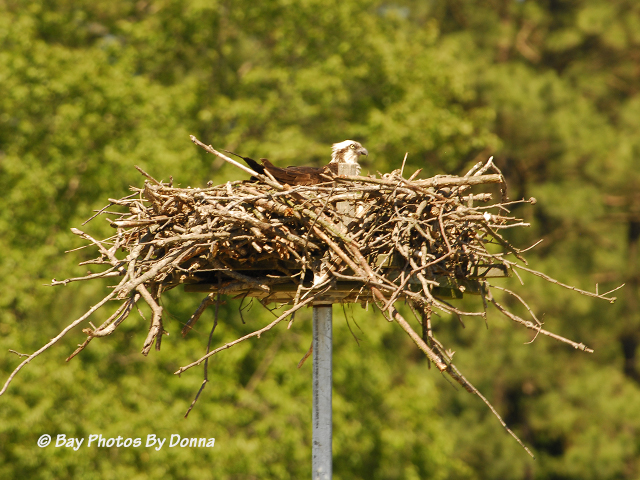 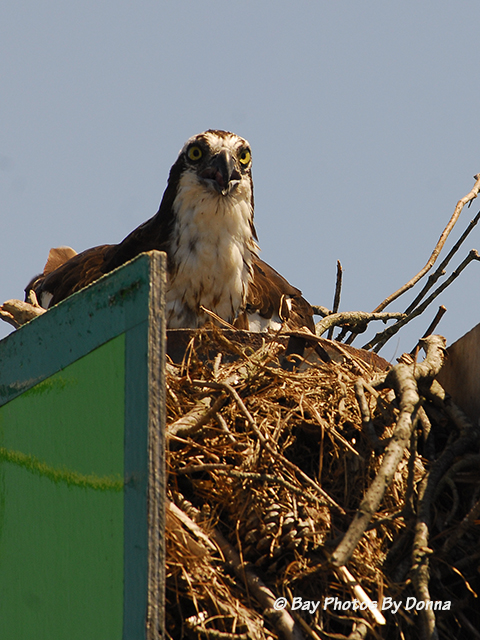 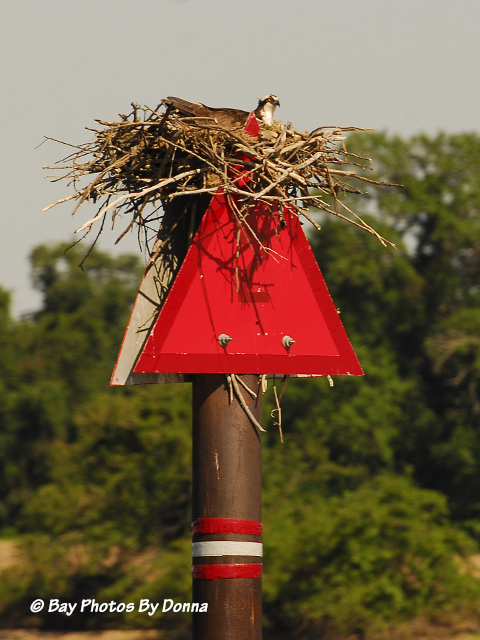 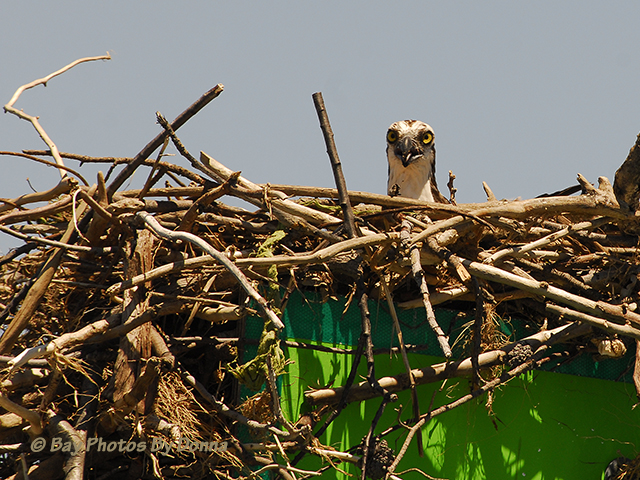 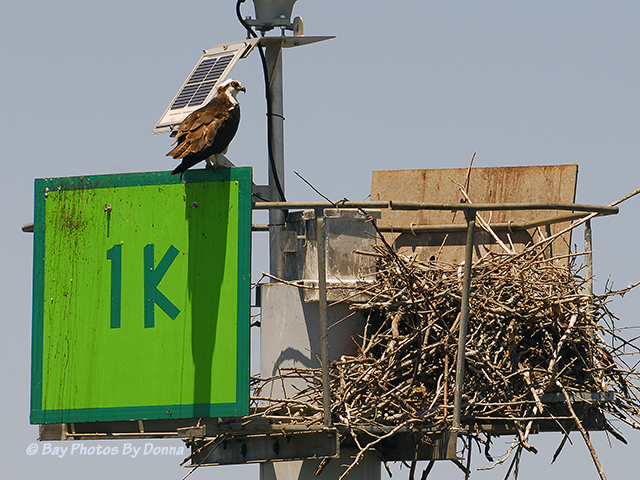 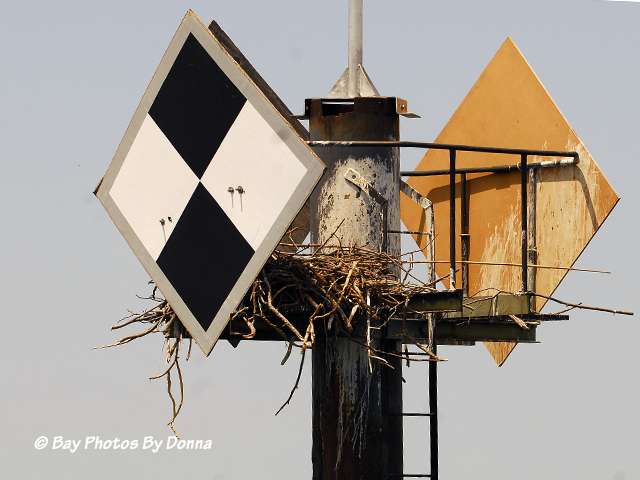 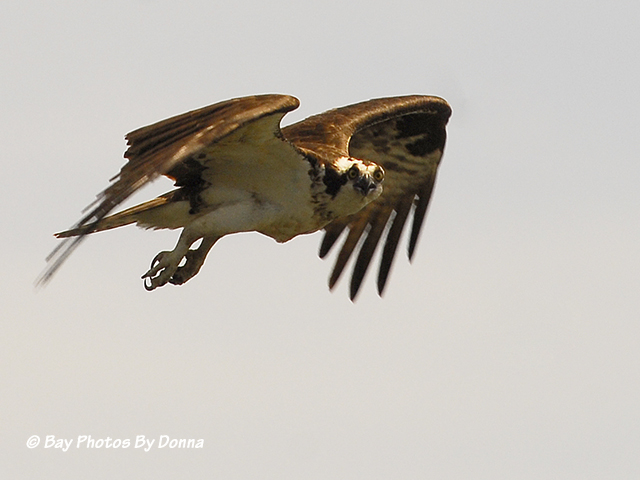 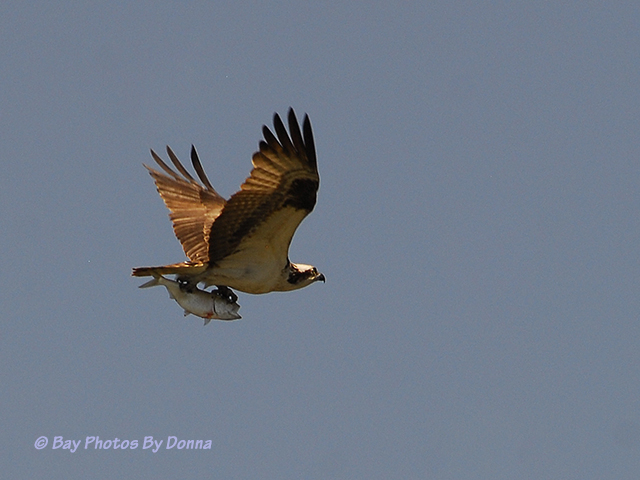 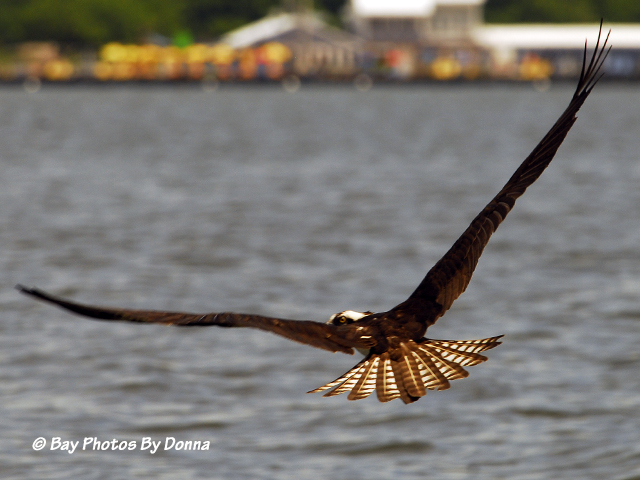 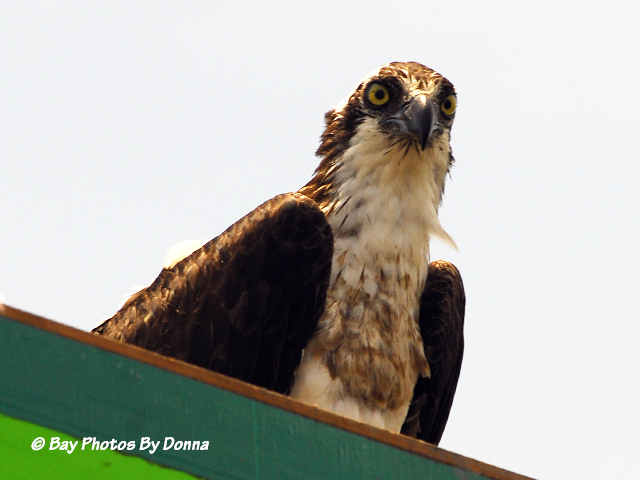 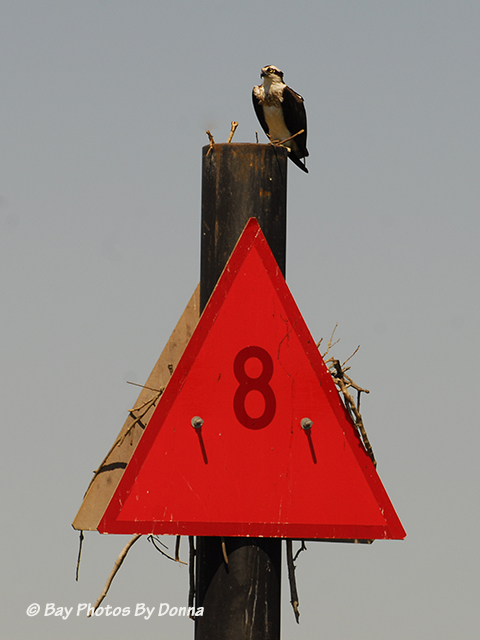 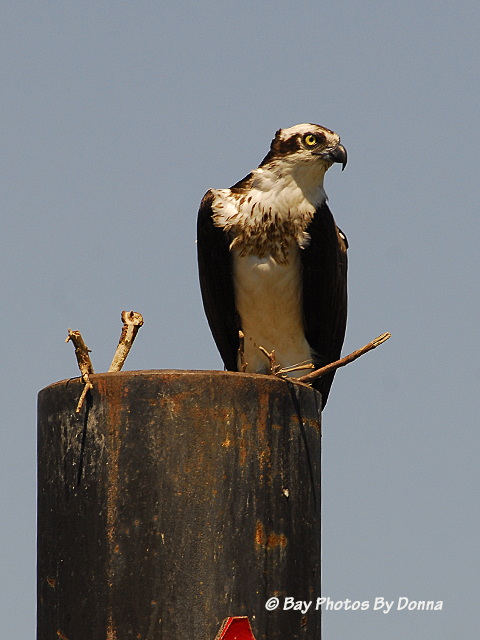 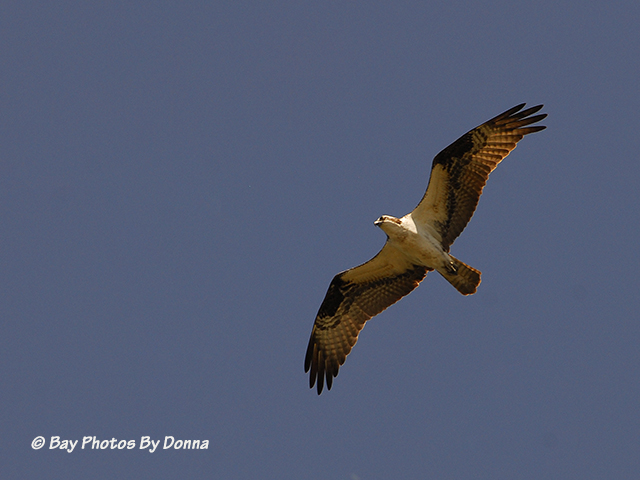 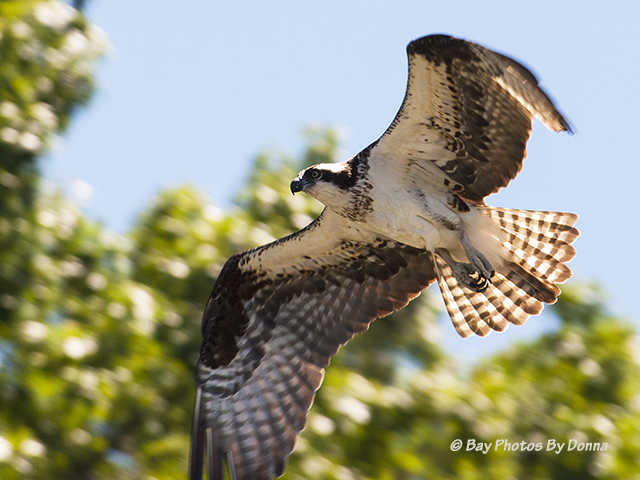 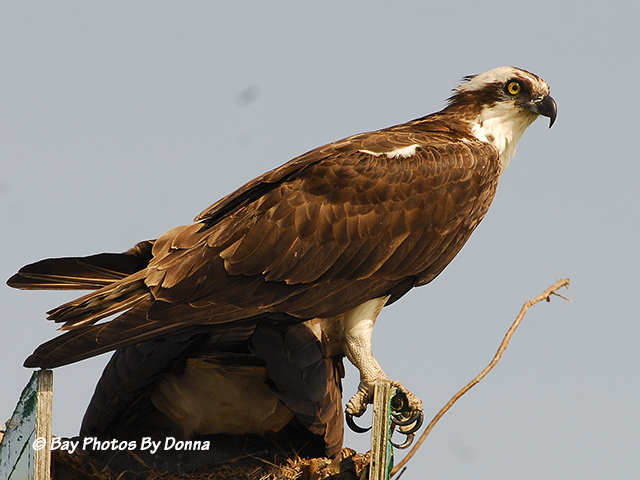 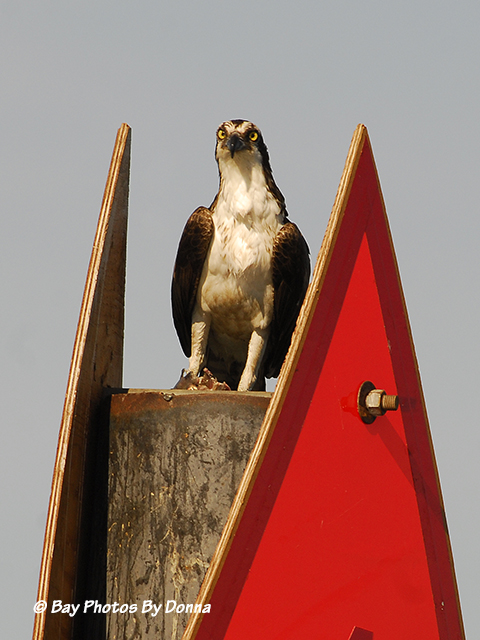 I did say Osprey overload, right?!!  I hope you enjoyed and thanks so much for stopping by!