All is good for now, but a whirlwind of activity has occurred since my last post, limiting my personal computer time at home.  Amidst that time also included a vacation to South Carolina and Florida in search for R&R and warmer temps (got great R&R but wasn’t too much warmer lol).  Apologies to the bloggers I follow, I’ll be back with ‘likes’ but may forgo comments for a bit until I catch up.  Thanks friends!

We left on vacation just before our area’s Osprey were to arrive (you can ask hubby, I complained ALOT about this but vacay had to be when we went or no-go).  Soooo….I missed their return!  This season it was our Osprey who watched me return to the area.  🙂

(Sorry that some of the following photos are poor in quality, I wanted to show the action or for record.)

Within five minutes of getting home on a rainy/foggy evening, I checked out our Oyster Cove community’s platform and took a photo of the nest.  I found someone had been there with some nesting materials.  🙂

No Osprey sightings and I had my hands full unpacking.  The next foggy morning, I was happy to discover the Osprey pair had successfully returned to the southend Kent Narrows Channel Marker #3, already protecting a nice size nest.

I’ve already witnessed this pair using our nest platform as a perch to eat a fish just as they did last year.  You may recall this pair kept another pair of Osprey from taking possession of our platform last year by also stealing their nesting materials for their own nest.

The male Osprey from KNCM #3 eating in the rain. 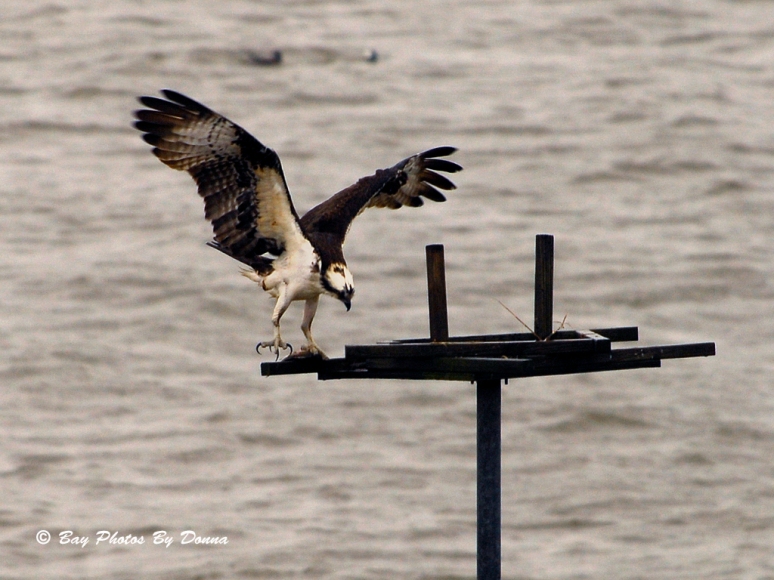 Check out those talons! 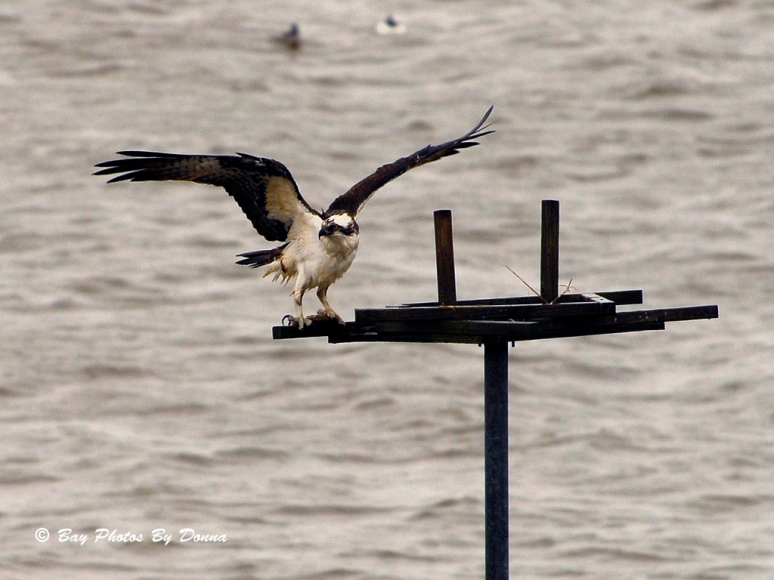 When another Osprey flew close by, this male Osprey got into a defense stance to protect his food and perch.

Male Osprey in a defense stance.

The other Osprey moved on, but it wavered this male Osprey’s comfort level and so decided to take his dinner and fly back to the KNCM #3 where his Mrs. was busy working on their nest.

However, the next day and since, several times I’ve seen territory-defending going on.  Osprey vs. Osprey….. 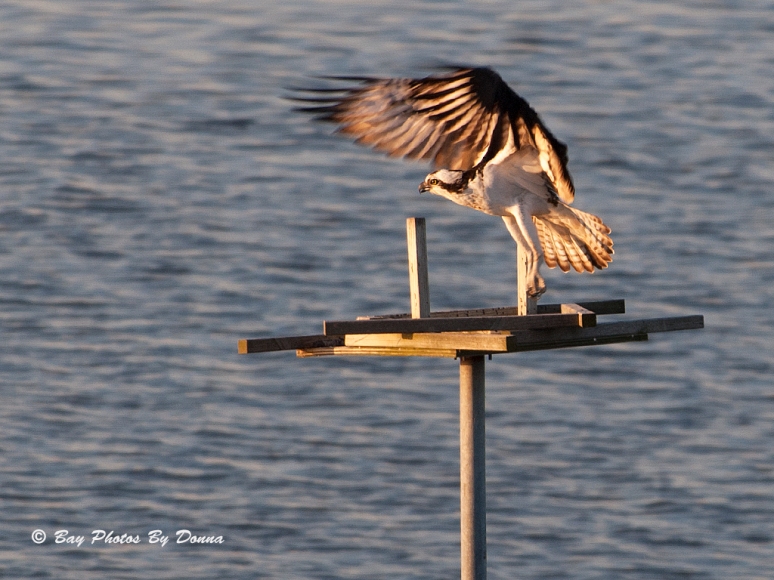 Leaving the platform to avoid an incoming angry Osprey.

Round and round, trying to attack each other.

Attack!  (Buffleheads in the background scattering from the chaos!) 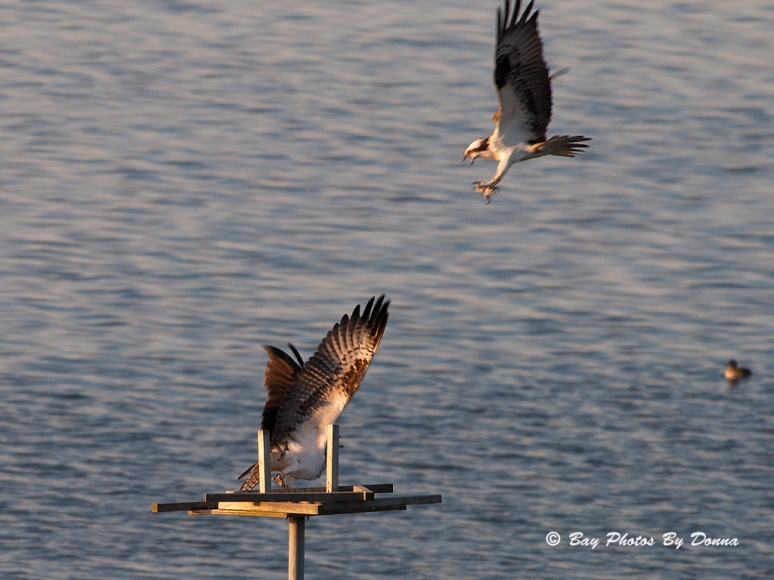 These territory-defending attacks can go on for a couple minutes.  It gets quite intense, I catch myself holding my breath while I try and capture some of the attacks as they circle around!

Couple evenings later, I watched another interaction occur, but this time it involved a pair of American Bald Eagles who were passing through.  Which was not to the liking of the male Osprey from KNCM #3, who took after one of the Eagles.  The second Eagle kept going but this one had no choice but to respond to the attacking Osprey.

The Eagle got tired of the Osprey and followed his mate in the sky.  The male Osprey flew back to his platform in triumph.

I captured this male Osprey yesterday morning as he was fluffing his feathers on our platform.  The photo shows more nesting material has been added since the evening before.  I don’t know if he brought them.

Welcome back Osprey!  Our community is thrilled with the return of the Osprey.  They are a sign of Spring on the Chesapeake Bay and are very entertaining to watch.  It is our hope with fingers crossed that this year a pair will take possession of our nest platform for the season for some close-up Osprey family action.  🙂