It’s officially, both chicks have fledged…..finally!  🙂  I was beginning to wonder if they were flying all night and resting during the day to keep us from knowing, lol.  Early this morning, was just the usual, a feeding, some wing-flapping with lift-offs, a nap.  I kept my eye on the nest most of this Saturday morning and about 9:15 I saw one missing from the nest.  I searched and didn’t see the chick flying.  Within 5 minutes I actually watched the second chick depart the nest.  Here’s some highlights of his flight circling and then returning to the nest.  Mom Olivia spoke to her young one the whole time, calling out with different sounds that weren’t the normal cries I’ve heard.  She was giving tips and approvals maybe? 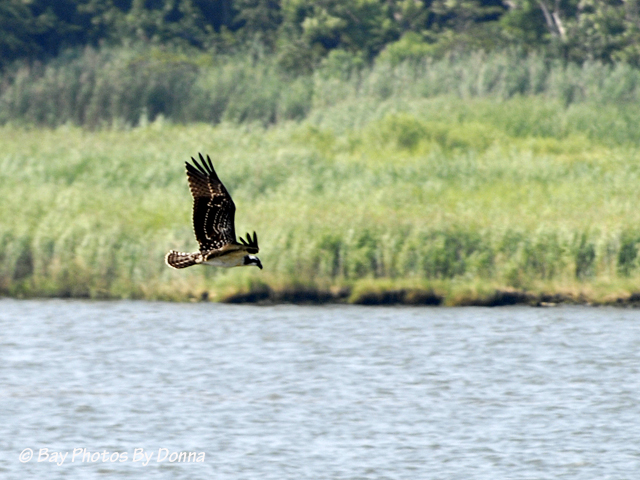 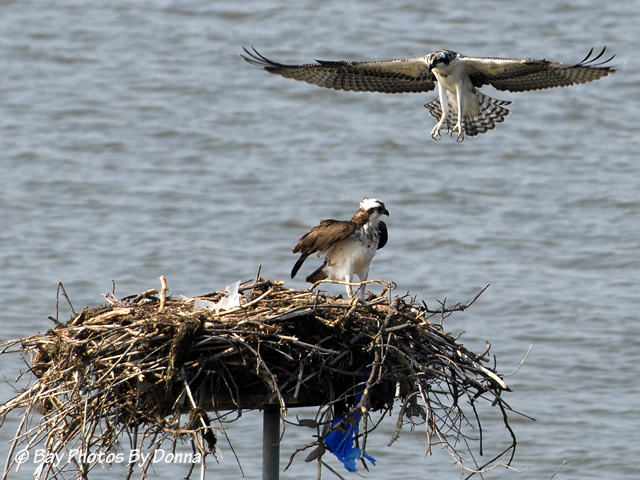 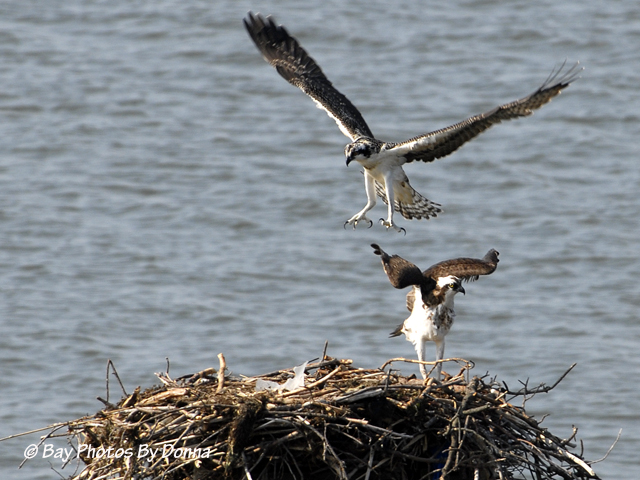 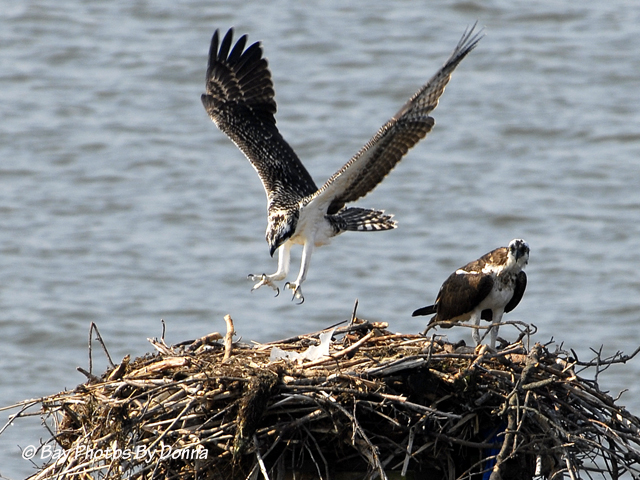 Is that a grin on his face?  Of course it is! 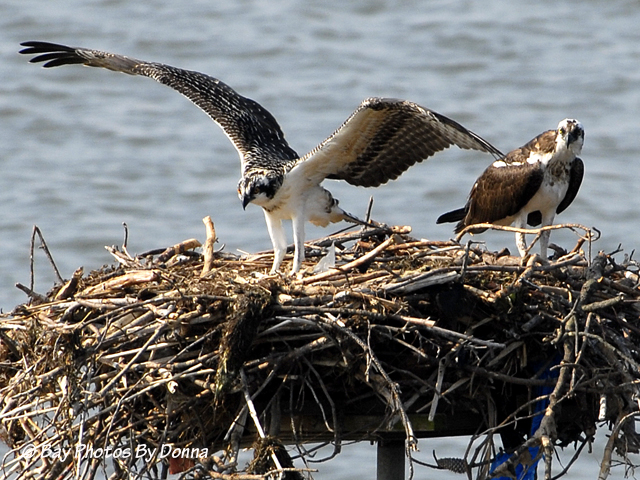 And a pose for the camera!

After the successful landing, dad Oliver appeared with a beautiful nice-size fish that the chick grabbed and began to devour.  I still wondered where the other chick was and had a hunch he might be on the roof or a perch close by, maybe resting from his flight and enjoying a different view for a change.  If he was, he’d quickly arrive if he saw that fish being delivered.  YUP!  He made his way to the nest to get his share within two minutes!

I did a constant watch during the mornings and late afternoon/early evenings before today but didn’t see any missing chicks from the nest; so one or both of the chicks could have fledged a day or two earlier.  I was prepared to post photos of some amazing 2-3 foot lift-offs from the last couple days.  But this is more exciting, our osprey chicks’ lives has changed and they have so much more now to learn.  Those wings need to learn control and maneuvering, while gaining much-needed strength as they soon learn to dive either for a fish or just to immerse themselves to cool off as the heat and humidity begins to rise this month and next.

A quick photo from yesterday late afternoon as those torrential downpours were diminishing.  Mom Olivia is on the far left.  The chicks are drenched and didn’t seem too happy, huh? 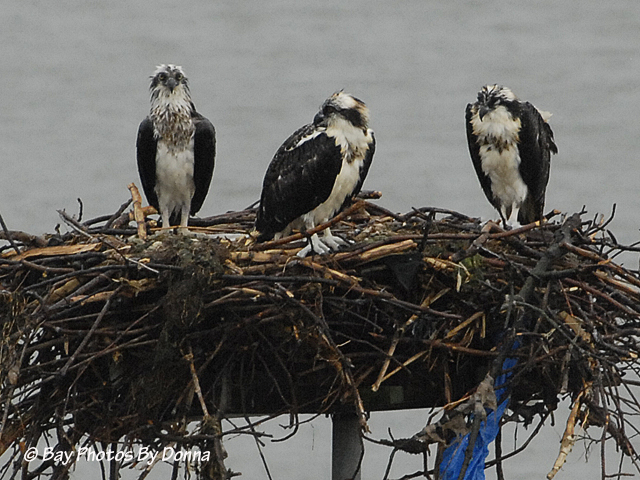 Finally, a quick shot I took this morning of a visiting hummingbird.  I put my feeder out four days ago and am already having several visitors, I’ve seen two at once.  I’ll need to work on lighting to show better ones to share!

One thought on “Both Oyster Cove Osprey Chicks Have Fledged”