Time flies when you’re having fun!  So sorry I’ve been AWOL from my blog, the ending summer has me trying to cram everything in before it’s over!  Nonetheless, I’ve not slowed down taking photos of the visiting wildlife around me.  My files are overflowing!  🙂

In my last post, an Osprey Update, I had shared this photo of an osprey and Great Blue Heron staring each other down at the osprey platform.  Neither not wanting to leave, but the osprey just cannot tolerate a Great Blue Heron in his ‘space’ and he finally swooped at him to try to persuade him to go.

Sometimes not, but the Great Blue Heron had won that time at keeping his post in the water when the osprey tried to attack him, he wasn’t so easily giving in!

There may be more than one, but for the past few months, a Great Blue Heron has been almost a daily visitor along our berm, either fishing or resting.  Most times I just watch him through my binoculars as he perches for hours at a time.  And many of those times I’ve had my tripod set up on my balcony, looking to capture some of those odd and neat looking poses that aren’t normally shared.  He/they hardly ever disappoint!  I even discovered the other morning before sunrise, he was perched on the osprey nest platform.  Wish I could have gotten that photo but it was too dark.

Since I’m so far behind, I’ll do a two-part post to get started AND to not overload you.  I’ve got that unfortunate problem of not being able to pick just a few to share.  🙂

I’ll begin with what I thought was a cute shot of a Red-Winged Blackbird hanging alongside the Great Blue Heron.  Neither bothering the other.  The best of buddies!

A week later they were no longer the best of buds…..the Red-Winged Blackbird didn’t want the Great Blue Heron at the base of the osprey platform this time around!  It was comical seeing this large heron squawking while he tried to get away from the ‘big bad’ blackbird who chased him, LOL.

Great Blue Heron being chased by a Red-Winged Blackbird

How about some more Great Blue Heron flight shots! 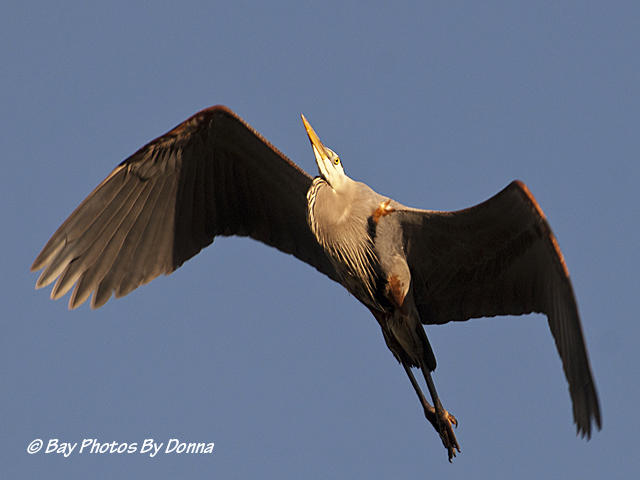 When the Great Blue Heron isn’t coming and going, one thing he’s doing is searching for dinner.  Most times I’ll watch him grab and swallow a fish whole.  But how about a crab?

Or turtles??  I must confess, I was a bit aghast watching him devour a dozen or so he found in a nest at the berm and seeing the poor little turtles’ four little legs flailing! 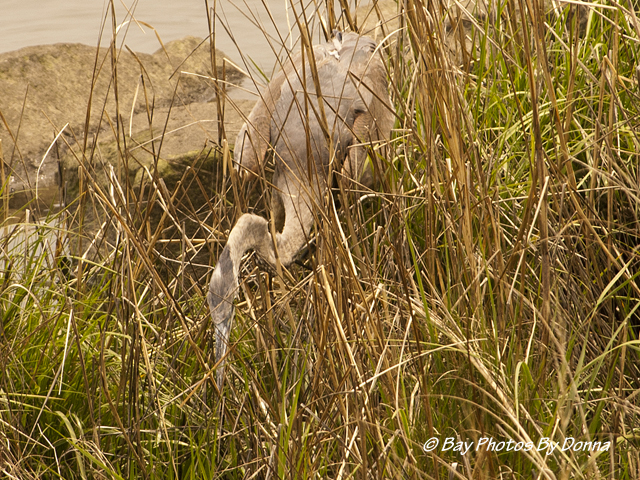 Great Blue Heron has found a nest of baby turtles

This little turtle had no chance! 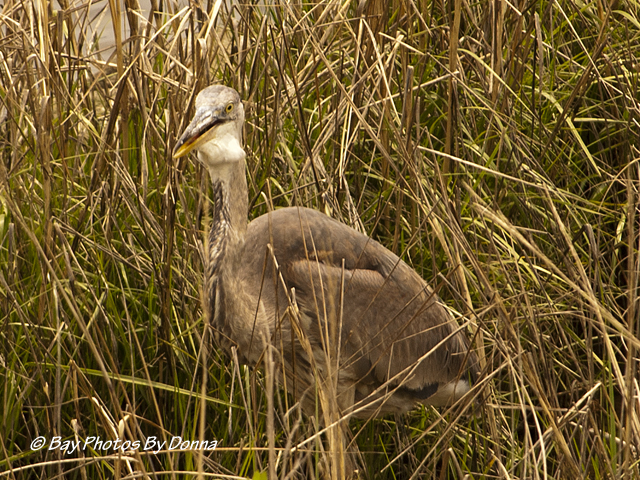 The Great Blue Heron has also spent hours preening his feathers.  Sometimes I’m amazed at how they can stretch their necks and reach all over their body. 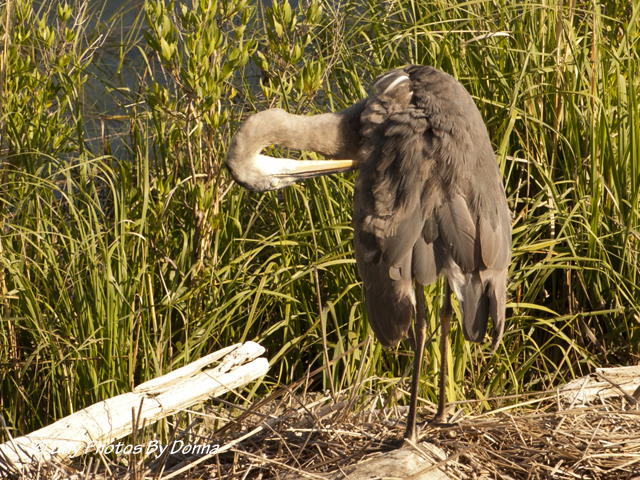 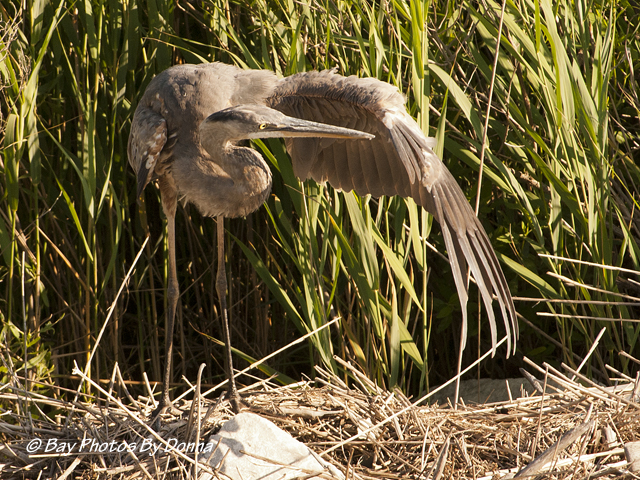 Not sure what he was looking for here!  But my good blogger friend, Deb (aka Trek Ohio), commented he looked like he was taking a bow.  After all the photo ops he gave me, I do believe he is!

After preening, he’ll rest while he basks in the sunlight with this odd pose.

Along with a little stretching to keep him limber….

And a good feather ruffling to bring in a little air to the skin…. 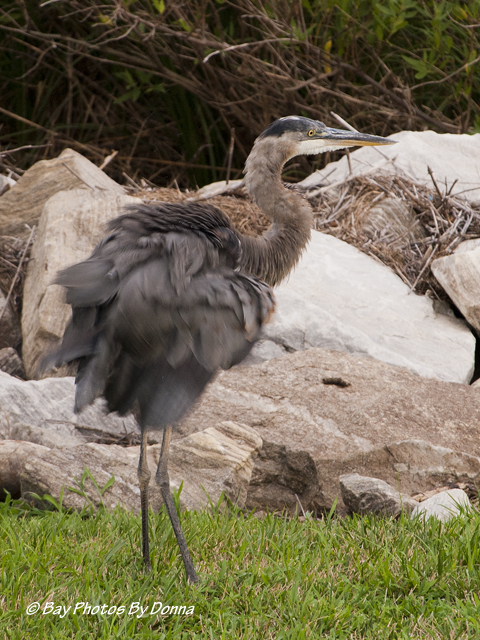 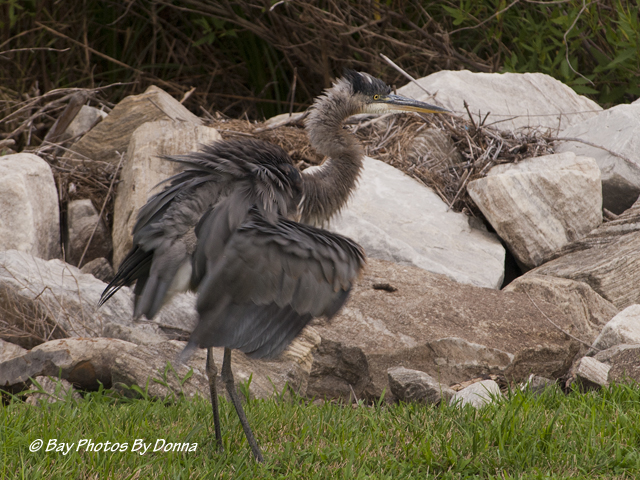 And finally, a scratch or two to take care of an itch.

I love the Great Blue Heron, their beauty and stature are gorgeous, but they can also give some funny and odd poses on occasion as these photos.  I hope you enjoyed them and thank you for your continued following, I appreciate it!