An Osprey Lover Is An “Ospreyer” (Or So I Say)

Unfortunately, our Oyster Cove’s community Osprey nest platform that is 150-200 ft from my balcony did not successfully entice a pair of Osprey to take residence this year again.  Part of the reason is the returning resident pair on the southend Kent Narrows Channel Marker #3 pair has used our platform for a perch to keep a close eye on their home and especially now with the Mrs who is incubating eggs.  Other Osprey perch on it as well but are always challenged to leave by Marker #3 Mr. Osprey.  It is obvious he does think it is his perch, and believe me he keeps his eye on it.

Even though there are no full-time residents for our platform, there still is a lot of Osprey activity so I’m a happy Ospreyer.  There are at least eight active Osprey nests that I am aware of on the water within a 1/4 mile, so one is practically in the air somewhere above or in front of me.

Here is an Osprey series from the past month.  🙂 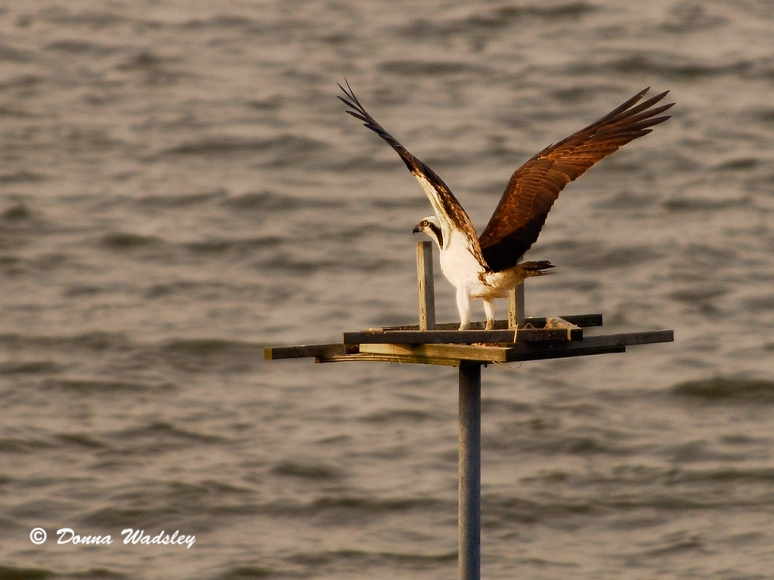 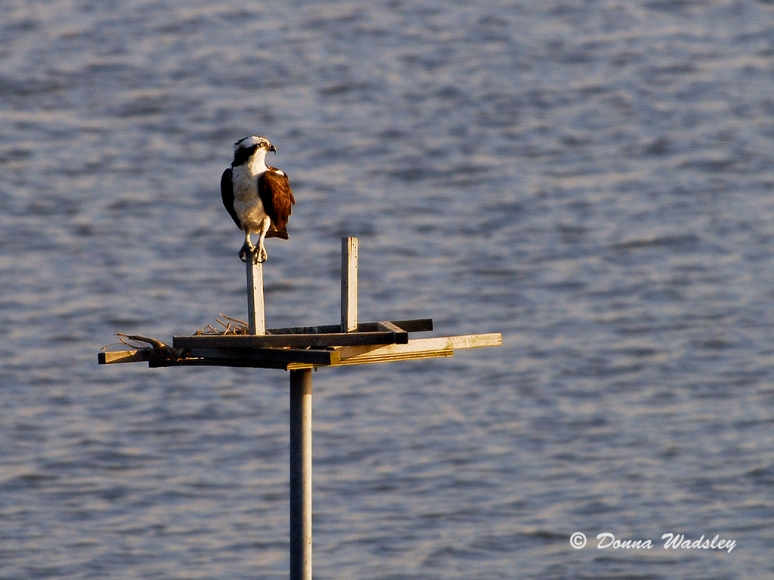 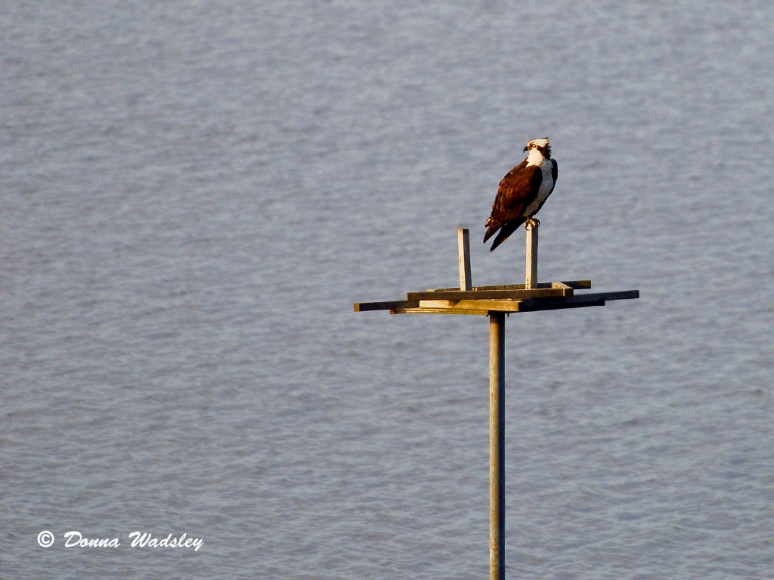 KN Channel Marker #3 Mr Osprey chasing off an ‘intruder’ on his perch!

Marker #3 Mr. Osprey challenged a passing Osprey by flipping upside down and flashing his claws.  The Mrs. is down in the nest verbally giving her two cents.

Although they challenge and holler at each other when one is in another’s ‘territory’, on a steady 15-20mph windy day our area Osprey will soar together.  Go figure, lol.  I was watching six Osprey on April 13 doing this and finally was able to get five of them in one frame.  Note the bottom Osprey has a fish.  He ate it while flying! 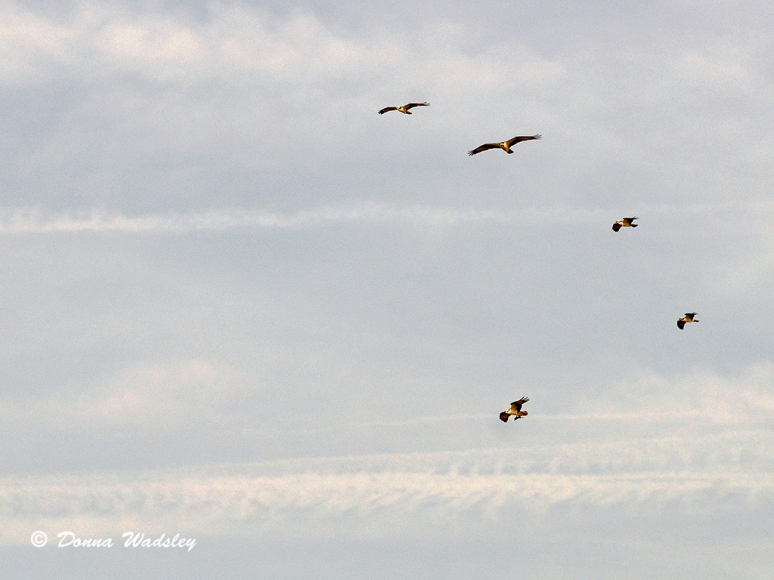 No quarrels here!  Five of six Osprey soaring on a windy day.  Bottom Osprey has a fish that he ate while flying.

These next photos show those very sharp talons. 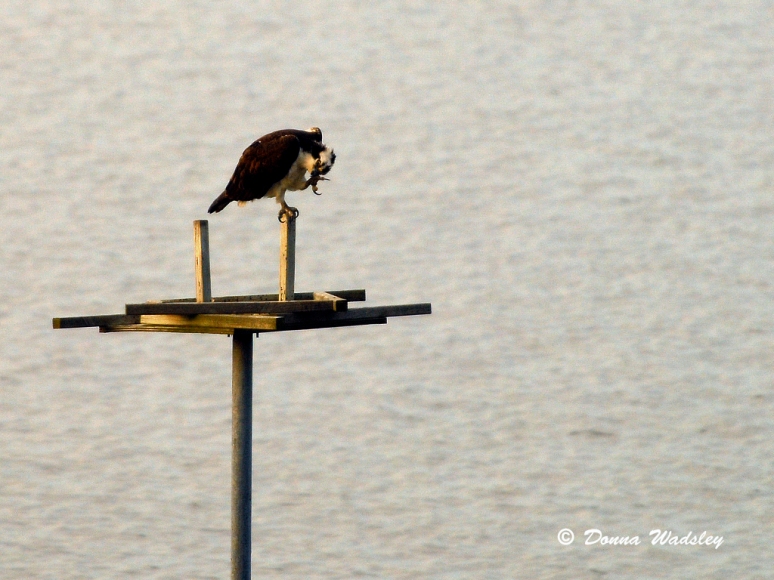 Geez, looks like he could poke his eye out with those talons.

Our community’s bulkhead was renovated and straw grass was put down to cover and protect our seeded lawn alongside the bulkhead.  I have enjoyed watching different Osprey swoop down and grab a clump for nesting material.  If anyone in the community wondered where some of the missing straw is, now you know!  LOL 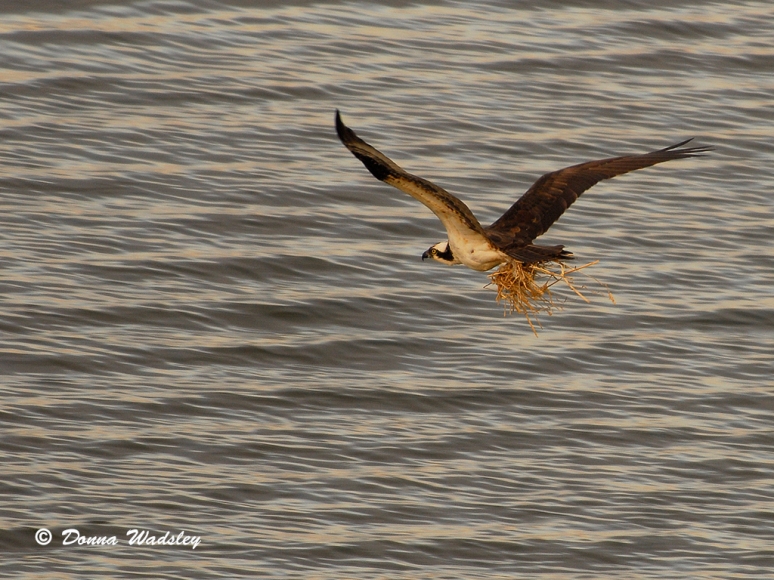 You can see he’s gotten his share of straw for their nest. 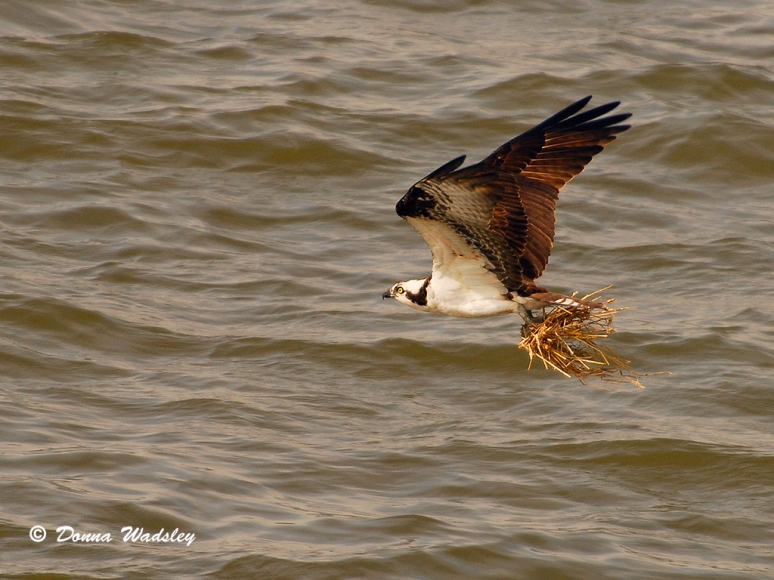 Capturing an Osprey with a fish up close is my ultimate challenge.  Bingo!

Heading home to the Mrs. with breakfast. 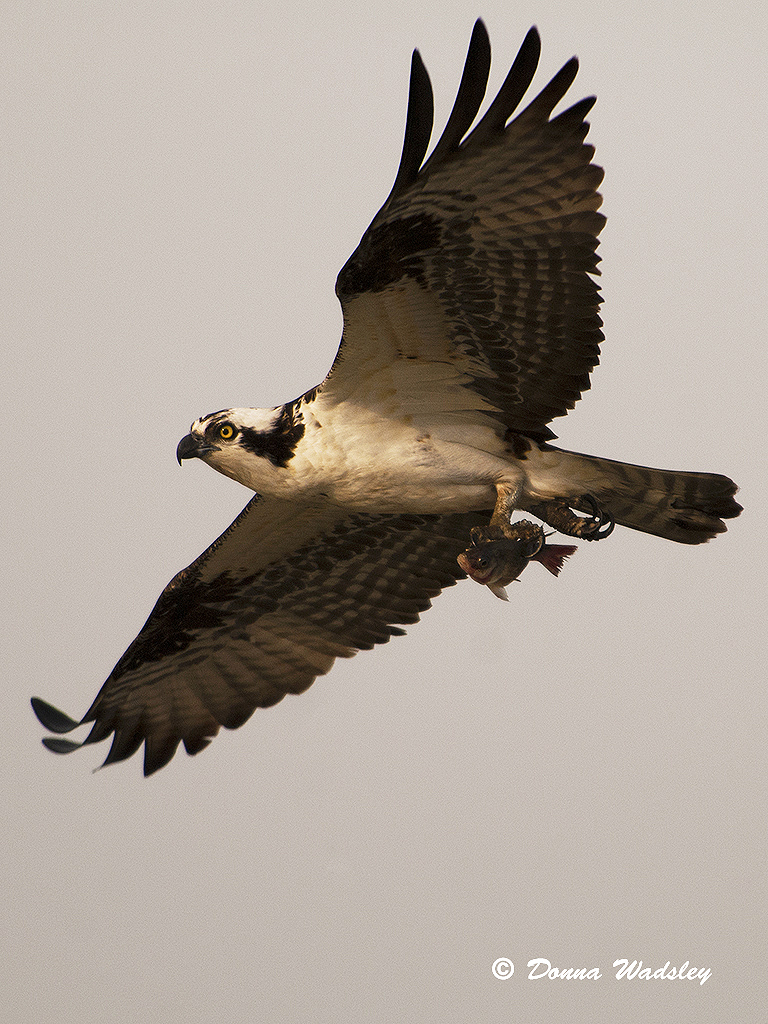 Another one of my Osprey overloads!  🙂
Hope you enjoyed and thank you for stopping by!