Crossing the Rt. 18 Watermen’s Bridge over the Kent Narrows Channel to run an errand late afternoon a few days ago, I spotted a large quantity of ducks in the waters around the Kent Island Yacht Club piers and bulkhead where the ice buildup had melted.  Quickly finishing my errand, rechecked on return to see if they were still there (YEP!), home to get the camera, and then back to the ducks.

I spent about 90 minutes taking 554 photos in mostly cloudy conditions.  It really was a Duck Dynasty of beauties! 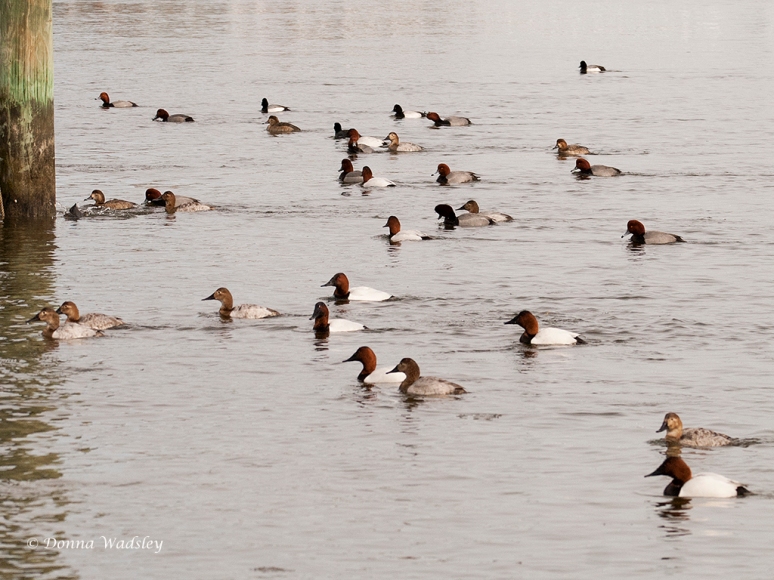 If they saw me, they would move away from land, so I had to compromise shooting from behind boats and my car.

Shooting from behind a boat.

When I saw the dozen or so Redheads, my heart skipped a beat, lol.  A lifer for me!  🙂  I’d been trying to photograph a Redhead duck for quite a while now.

I even saw a male Redhead coming in for a landing and tried my best to stay locked on him. 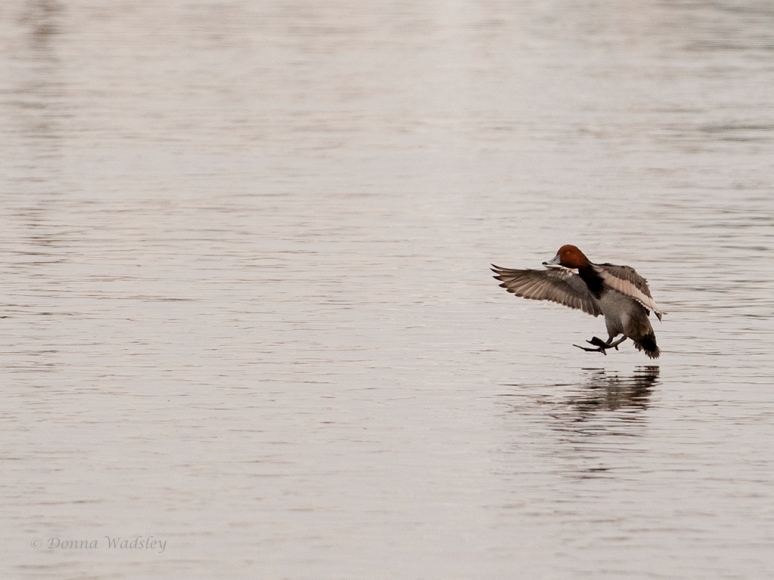 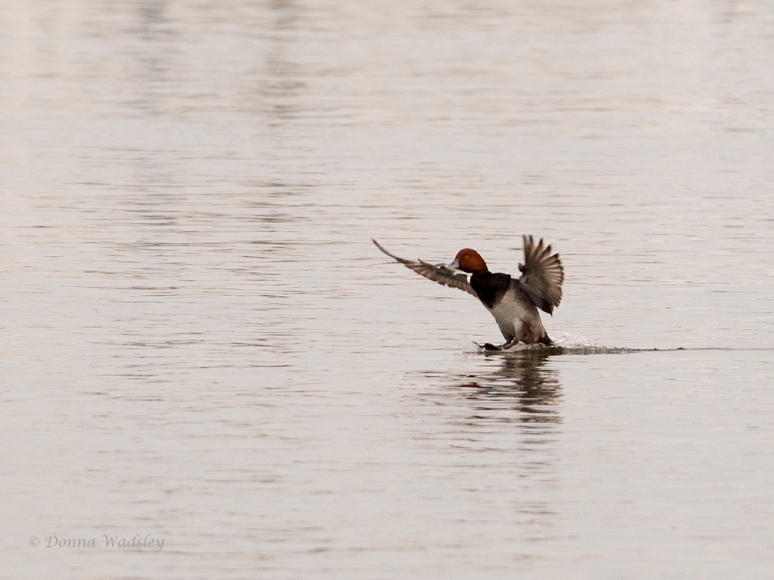 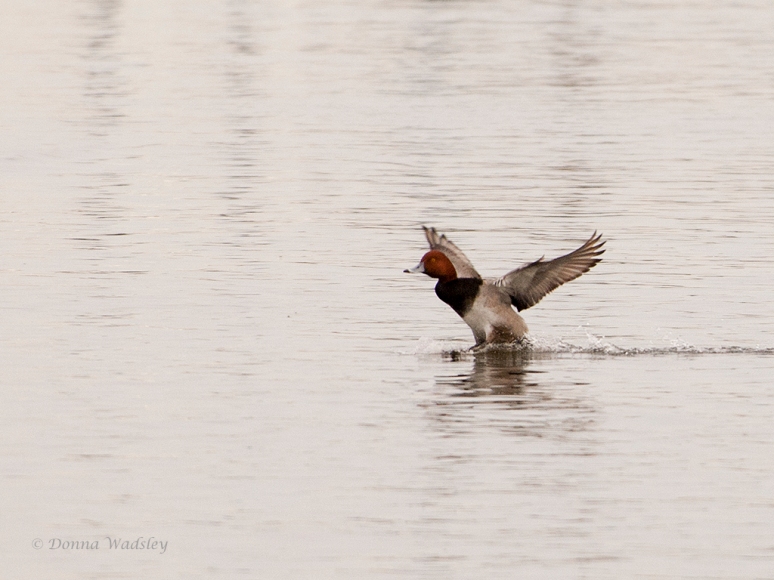 For some reason, I didn’t get very lucky on close-ups of the Lesser Scaup, but did capture this one.

Close-up photo ops were galore for the Ruddy Ducks and Canvasbacks, the only two species who started to trust my presence and came a little closer to the bulkhead, and always with an eye on me.  I’ll issue the next two posts of those two  so I don’t overload the ducks on you.  🙂

(Excuse me, friends, for being behind on my blog-reading, I’ll be by soon!)