The Great Blue Heron I’ve been posting about has been visiting our osprey nest since early September, he’s become such a great fixture and enjoyment for us that I felt he needed a name!  So yes, he is now Blake the Blue Heron.  🙂   Almost every morning before sunrise and barely visible, Blake the Blue Heron is already perched on our osprey nest, preening himself, ready for his day to begin.  I’m guessing Blake’s a male, I captured him Sunday watching and then following after another Great Blue Heron over to CBEC where they descended down into the trees.  Hmmm….

I was eager to post the next photos of Blake the Blue Heron that I took yesterday just before 5 pm.  Watching him just sitting on the nest being his handsome-self, I noticed a kayak coming towards him.  Although Blake had his back to them, he was fully aware they were approaching as well.  I realized I had a ‘photo op’ of action setting up before me, which is what I’m always wishing for!  🙂  I immediately started snapping and took about 30 photos total; here are a few to show Blake’s reaction.  He was quite verbal as you can tell with his mouth squawking as he flew directly at the kayakers, much to their and my surprise!  You can even see the dirt kicked up in the air on Blake’s take-off in the second shot. 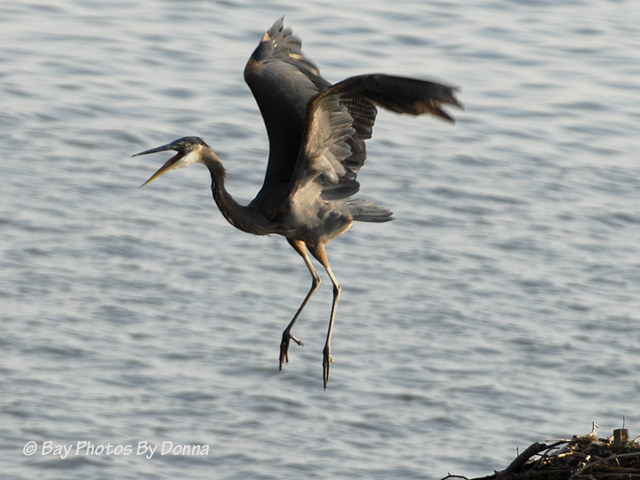 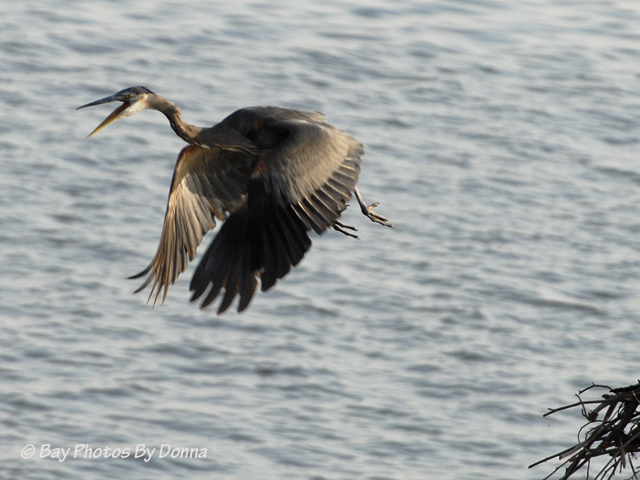 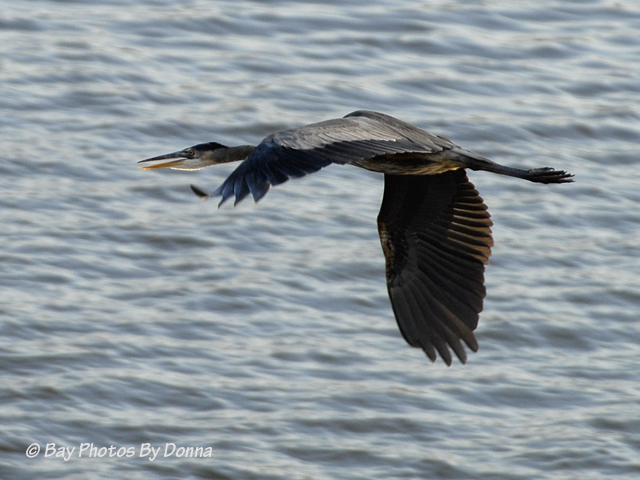 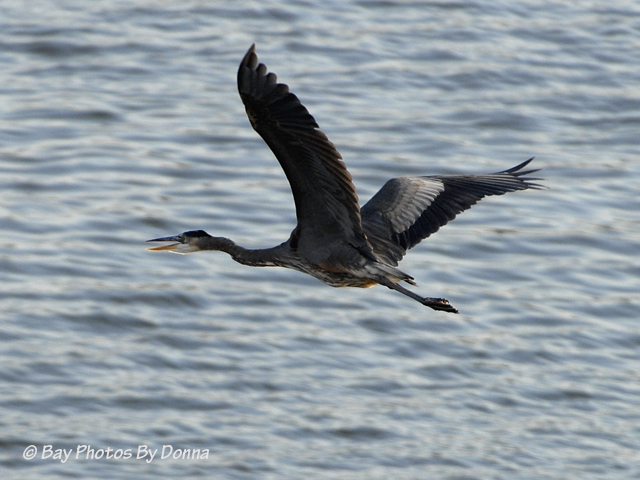 I do believe Blake’s become a little possessive of his little Oyster Cove territory he’s occupied now for six weeks!  LOL  He continued on, turning to the right, and headed over to Kent Island out of sight.  Thank you kayakers for coming by, I love someone or something passing by to cause a reaction for a shot that isn’t the norm!  🙂

Again this morning, Blake was on the nest before sunrise.  Leaving later than normal, with the sky lighting up & Blake still on the nest, I did a final quick-look to see what Blake was up to.  Glad I did, he immediately flew off the nest towards me and down onto our grass by the walking path.  I’m beginning to think Blake likes to pose for the camera!  LOL

I have  never saw him come over the rocks to the grass so I thought that was pretty cool.  Blake continued to walk on the grass along the berm, then flew up and over to the point where he landed to do a little fishing.  He likes visiting this spot a lot too.

Blake is one entertaining Blue Heron!

He is one of many I’ve photographed. Following this post, I will be posting another Photo Gallery page of my previous favorite heron and egret photos.  I hope you enjoy them.